The Church Flourishes, We Flourish, Stated His Holiness Aram I in Kuwait 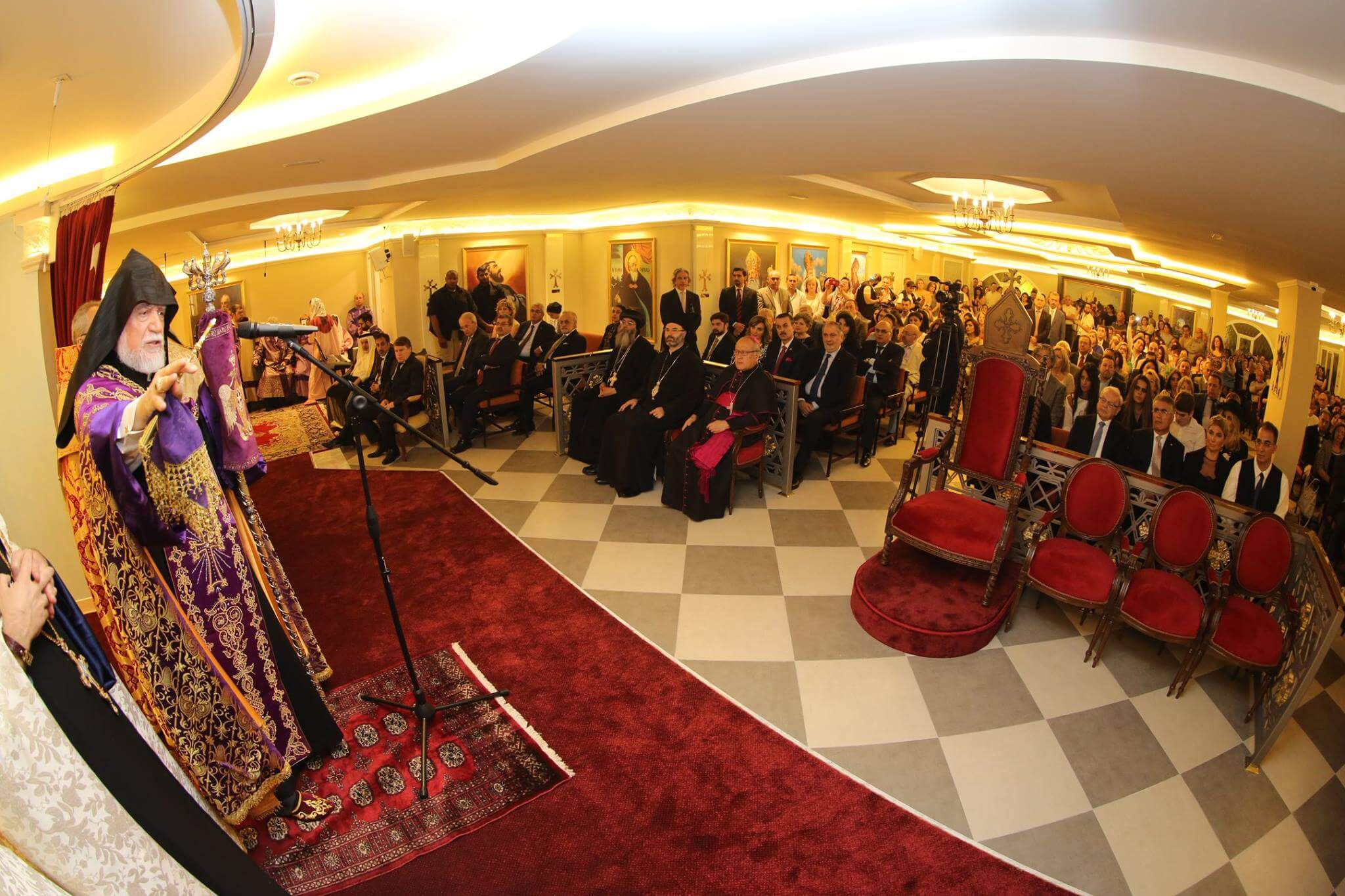 On Friday 19 May 2017, His Holiness Aram I presided over the Holy Liturgy, anointing and consecrating the St Vartanantz Armenian Church in Kuwait, which the community has recently constructed. Later in the day, the Catholicos inaugurated the prelacy.

Bishop Shahé Panossian, Prelate of Lebanon, celebrated the Holy Liturgy, while Very Reverend Massis Choboyan, the Prelate of Kuwait and neighbouring countries, Very Reverend Mesrob Sarkissian, Ponitifical Vicar for the UAE and its surrounding countries, Reverend Bedros Manuellian, Director of Communication, and Monk Hovaguim Panjarjian, staff bearer, assisted the Catholicos. The consecration began with the anointment of the altar, and continued with the baptismal font, the main entrance, and the columns. While anointing the columns, His Holiness dedicated each one to an Apostle or Saint of the Armenian Church.

At the end of the Liturgy, Catholicos Aram I addressed the faithful. In the words of the prophet, he described the day as the moment when “the desert and the parched land will be glad; the wilderness will rejoice and blossom” (Isaiah 35:1). His Holiness said that the Church has acquired its identity and vocation through the presence and participation of its faithful and has always acted in the service of its people; he urged them to continue flourishing as a community around the church.

At the end of the Holy Liturgy, the Catholicos greeted the spiritual leaders of the Christian communities, foreign ambassadors in Kuwait, and Armenians who had traveled from Saudi Arabia, Bahrain, the United Arab Emirates and other countries of the Gulf Region. He extended a special word of gratitude to Sheikh Sabah Al Ahmad Al Jaber Al Sabah for his support of the Armenian community.