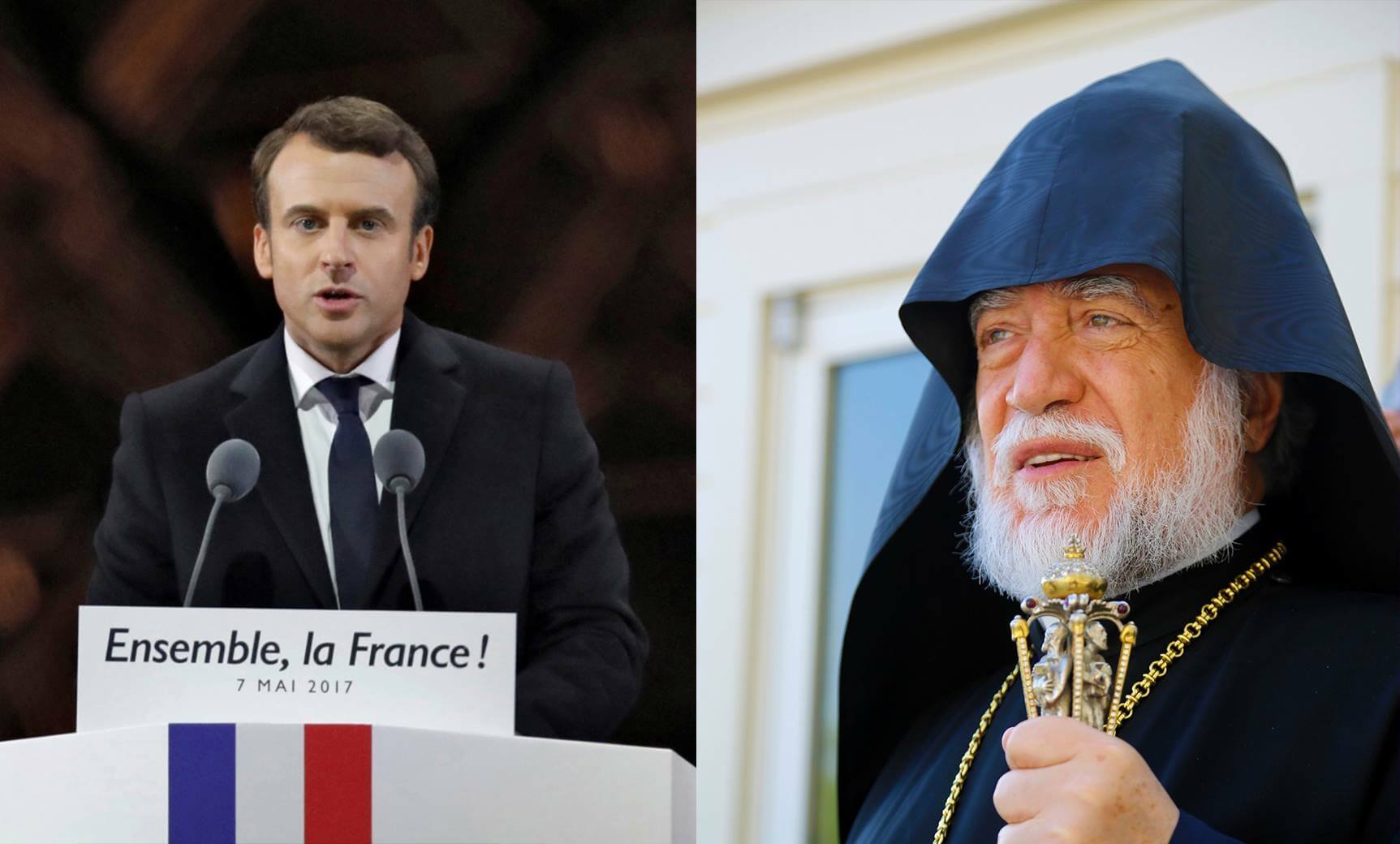 In a letter addressed to Emmanuel Macron, His Holiness Aram I congratulated him on his election as President of France in the name of the Dioceses and the faithful of the Armenian Church in the Catholicosate of Cilicia. Recalling the historical ties and friendship between the Armenian and French people, the Catholicos wished M. Macron success in his mission to unite France and make it flourish.

In the second part of his letter, the Catholicos urged President-elect Macron to continue to promote human rights in the Middle East and the Caucasus. He also urged Mr Macron to commit to his predecessor’s call for Turkey to recognize the Armenian Genocide, to back initiatives towards the restitution of the stolen rights of Armenians, and to support strongly the full implementation of the EU-Russia Minsk agreement affirming the independence of Artzakh (Karabagh) and the establishment of peace in the region. Finally, he asked him to engage more actively to alleviate the suffering of the innocent people of Syria, including the Armenian community.

Catholicos Aram I concluded his letter by assuring the President-elect of the support of the Armenian Catholicosate of Cilicia and its constituency for the daunting challenges ahead.