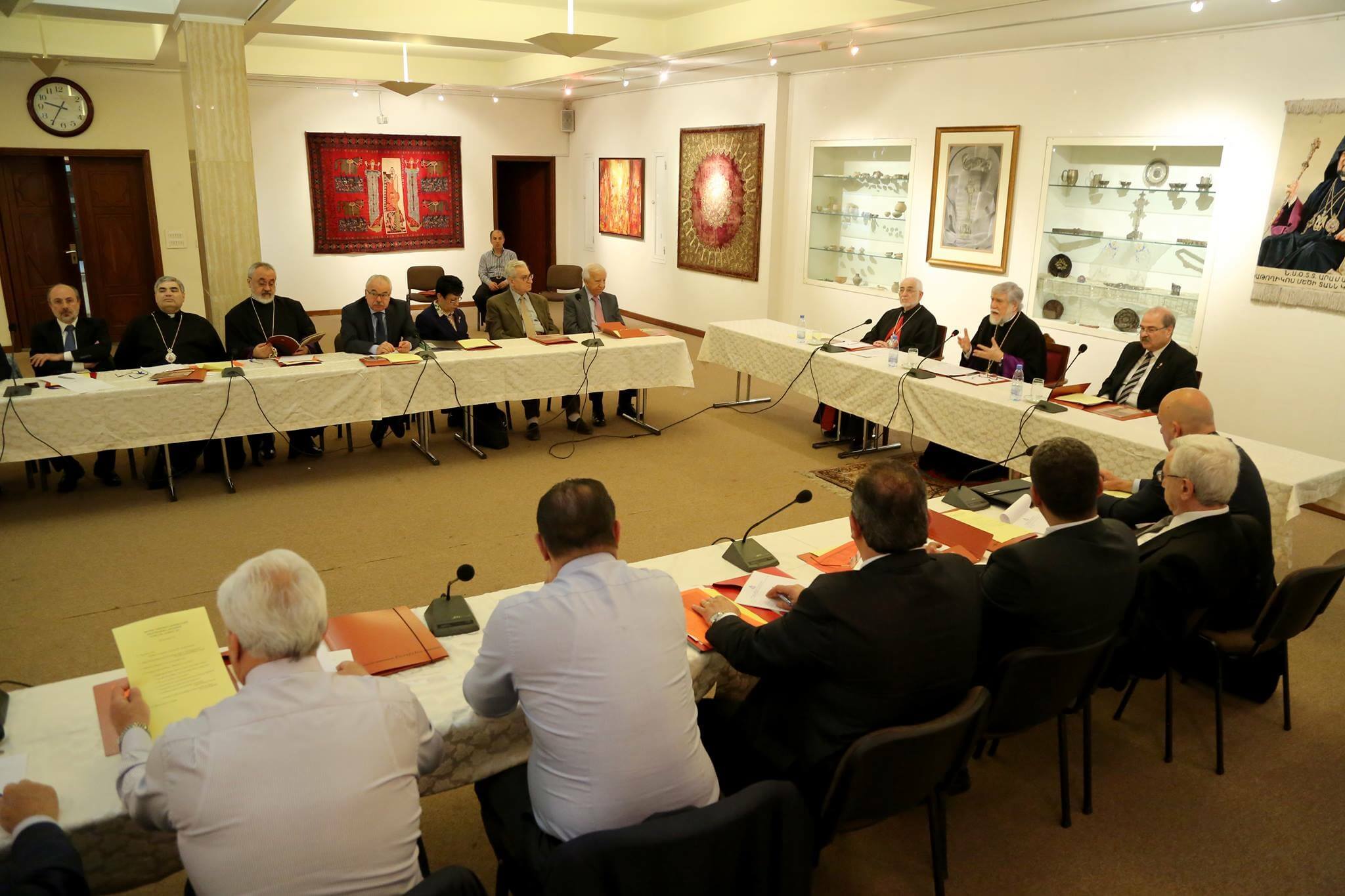 On Saturday 29 April 2017, His Holiness Aram I hosted and presided over a one-day consultation to discuss the reconstruction and revitalization of the Armenian community in Syria.

The consultation brought together clergy and laity representing the Armenian community in Syria, as well as representatives of Armenian humanitarian organizations who have responded to Catholicos Aram I’s previous appeals for aid to Armenians in Syria. After welcoming everyone, the Catholicos stated that it is time to plan for the post-conflict phase in Syria. Citing the words of the Apostle, “If one member suffers, all suffer together with it; if one member is honoured, all rejoice together with it” (1 Corinth. 12:26), the Catholicos proposed the following steps for implementation:

The first and foremost step in the revitalization of community life, he said, is to reconstruct the community buildings that have been destroyed. The second step is to rebuild the economic wellbeing of the community, with a special focus on families in need. Then, he said, we must set priorities and prepare a plan of action. Finally, in view of the existing sanctions against Syria, we must identify skills and qualified personnel and ensure transparency and accountability.

His Holiness proposed the establishment of a committee to supervise the implementation of reconstruction projects and provide loans to small businesses. Catholicos Aram I proposed the creation of an office in Aleppo to oversee the proper implementation of the plan of action. He concluded by thanking the spiritual and civil society leadership of the Armenian community in Syria for their resolve and emphasized the importance of a unified action by all Armenians.