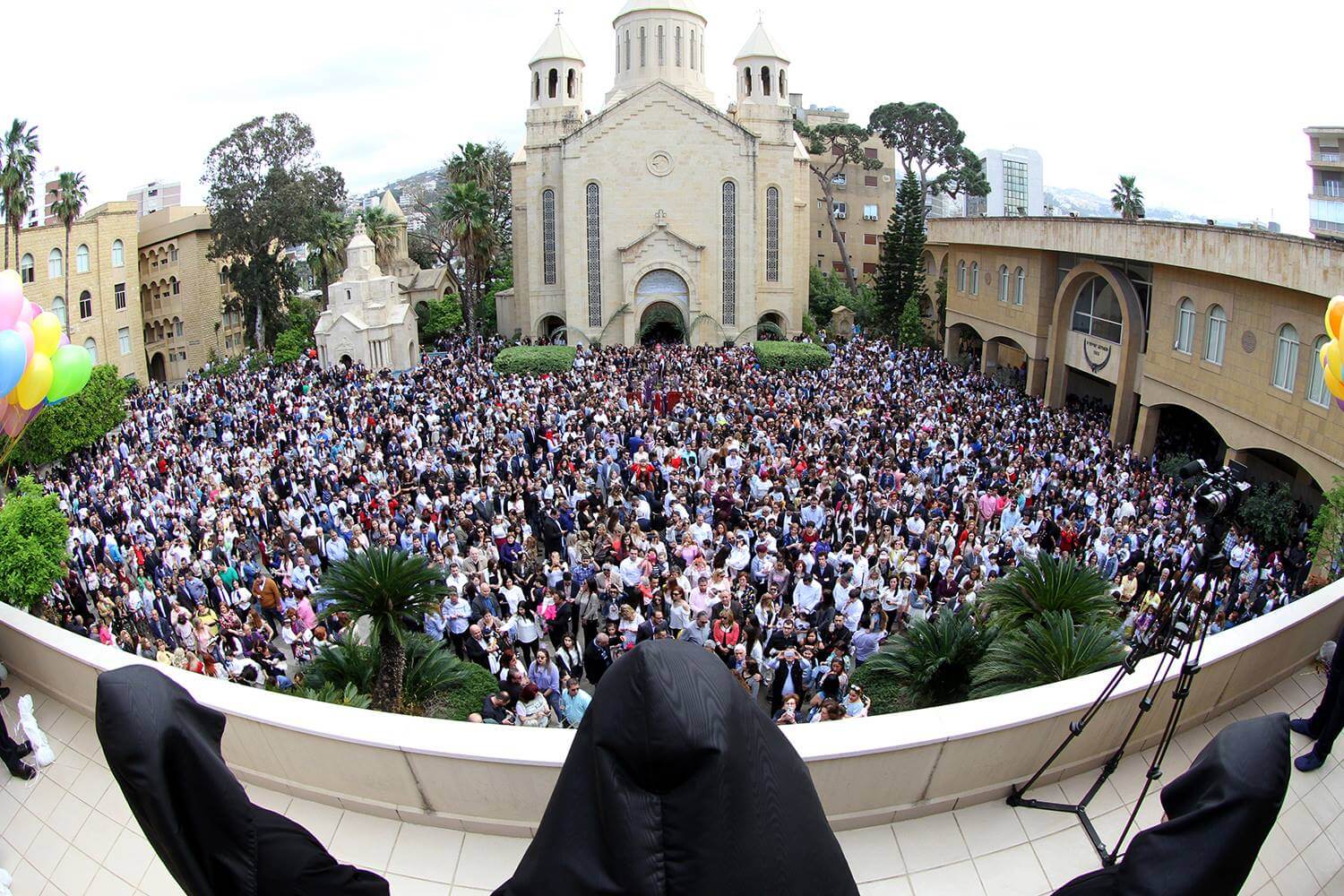 Sunday 9 April 2017. Celebrations began with the procession in the courtyard of the Catholicosate, with the children, young adults and all the other faithful holding olive branches and following the clergy and seminarians. His Holiness Aram I addressed the people from the balcony of the of the main building. He expressed his joy at the huge turnout of faithful who had come to celebrate the humble yet triumphant entrance of Jesus into Jerusalem. He said, “For thousands of years, despite persecutions, Armenians have celebrated the fulfilment of Christ’s mission on Earth. Our people have flourished in the Diaspora, Armenia and Karabagh and today they are still inspired by the unfolding of the paschal mystery and renewed by the unfolding of its spiritual and moral message. Our communities have continued to grow and our institutions have become stronger in Armenia, Karabagh and the diaspora.”

After the Holy Liturgy, celebrated by Archbishop Kegham Khatcherian, His Holiness Aram I received the children at the Main Hall, blessed them and gave them gifts in honor of the occasion.

On the same afternoon Catholicos Aram I presided over the Trenpatsek “opening of the door” prayer service, which symbolizes Christ’s second coming. Archbishop Kegham Khatcherian celebrated the service and delivered its message. With the celebration of Palm Sunday, the Armenian Church began its spiritual journey into the Holy Week.