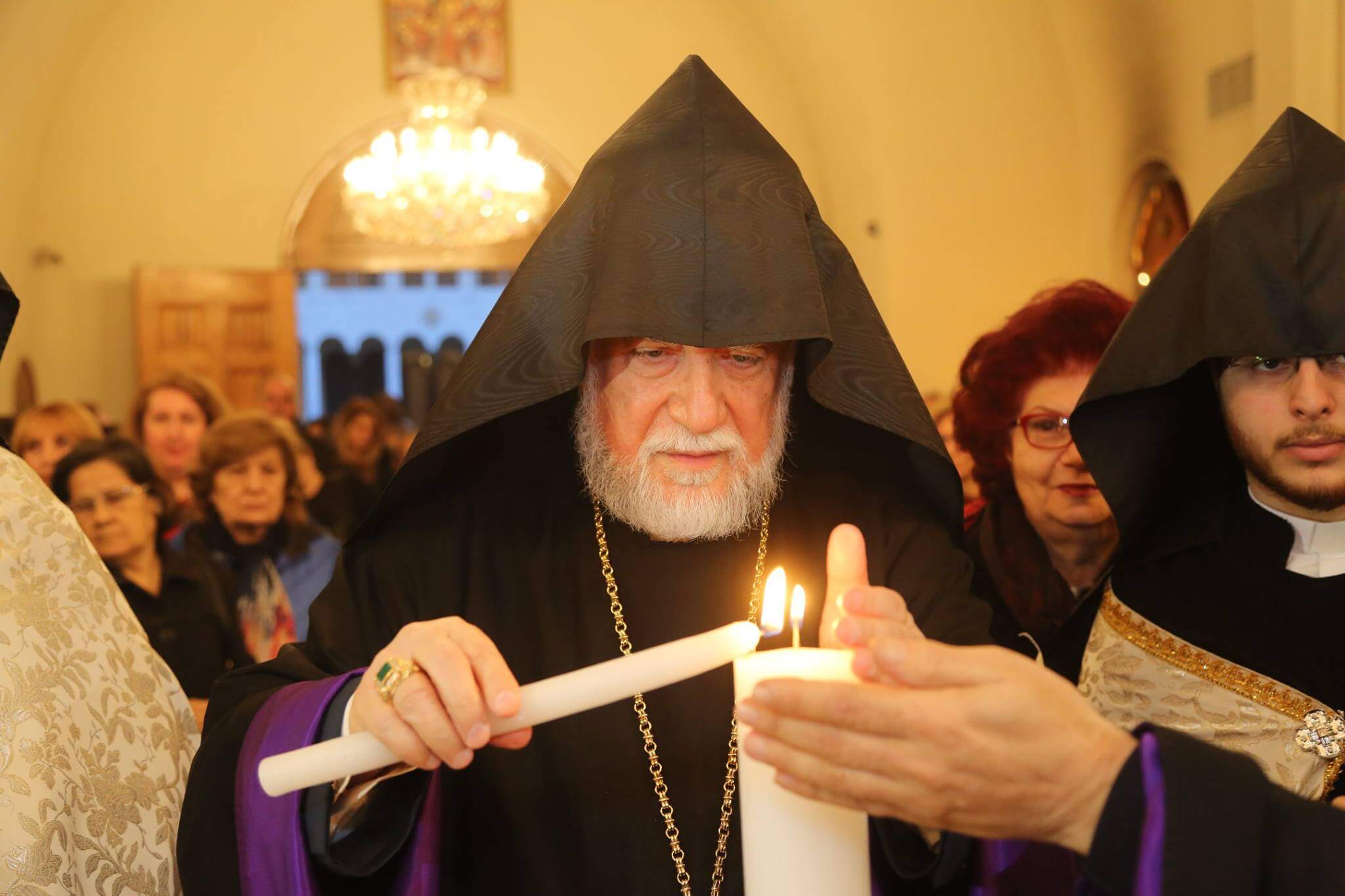 13 February 2016. On Monday evening families brought their young children to St Gregory the Illuminator Cathedral to celebrate the eve of the Feast of the Presentation of Jesus in the Temple. His Holiness Aram I presided over the prayers of praise and thanksgiving and, according to the ancient tradition, the Grand Sacristan of the Cathedral brought to him the candle of the Altar to share the light of Christ with the faithful.

In his lesson of the day, the Catholicos explained the spiritual meaning of “Diarentarach” and told parents that their presence with their children manifested their commitment to Christ and to the teachings of the Armenian Church, which are rooted in the Holy Bible. He said that the act of Presentation begins the process that must then be continued in the family where the children should be taught Christian values and shown how to adopt a comparable lifestyle; the family, he told them, is the “Little Church,” the vehicle that sustains our values.

At the end of the service, the priests received the children at the altar and then His Holiness Aram I blessed them.

During the “Diarentarach,” which is associated with an early tradition, a bonfire is lit with the candle from the Altar. At the end of the prayer service, the Catholicos, the clergy, and the seminarians, followed by parents and the children walked in procession with their candles to the courtyard, where His Holiness lit the fire. The ceremony ended with the Seminary students singing spiritual and traditional Armenian songs and the families taking the light to their homes.