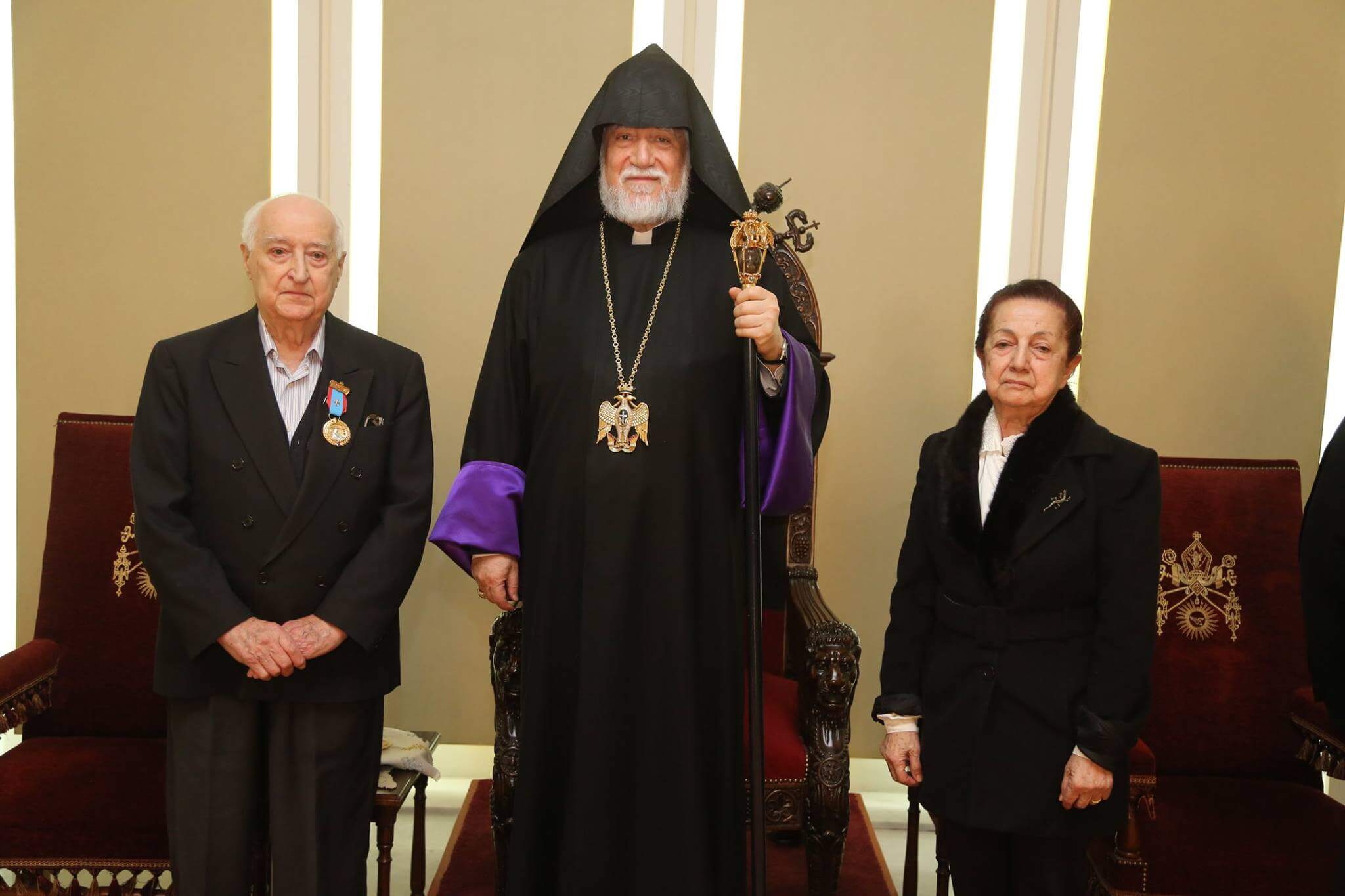 12 February 2017. On Sunday, after the Holy Liturgy at the St Gregory the Illuminator Cathedral in Antelias, Catholicos Aram I received Mr Ara Ardzrouni and his wife at the Main Hall of the Catholicosate. The Armenian literary community, educators and friends had also come to honor and celebrate.

At the end, His Holiness Aram I recognized the fifty years of service of Ardzrouni to the Armenian community in Lebanon, who through his writings reminded the people of the values and guiding principles of the nation. The Catholicos acknowledged also his many years of service through the different Councils and committees of the Catholicosate and in appreciation, decorated him with St Mesrob Mashdotz insignia.

Ara Ardzrouni thanked the His Holiness for the honour he had received. The gathering ended with the announcement of the publication of the latest novel “Dzouenner” (The Pieces) by the printing house of the Catholicosate.