The Diocesan Council of Lebanon met with His Holiness Aram I 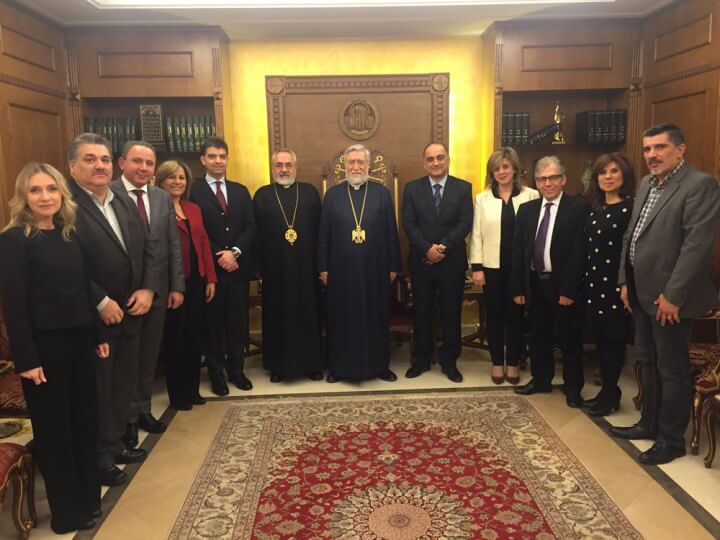 23 January 2017. On Monday afternoon Archbishop Shahé Panossian, the Prelate, accompanied by the members of the Diocesan Council, met with Catholicos Aram I in Antelias. They presented the Council’s 2016 activity report and the 2017 proposed programmes. They also updated the Catholicos on the initiative to create a United Armenian School, expected to begin next year. The members of the Council discussed with His Holiness the plan to reorganize parish councils in order to make them responsive to the needs of the community and to encourage youth participation. His Holiness expressed his appreciation for these initiatives.

At the end, His Holiness shared his impressions of his pastoral visit to Aleppo; he praised the community for its endurance and said that he hoped conditions will allow them to resume their activities soon.