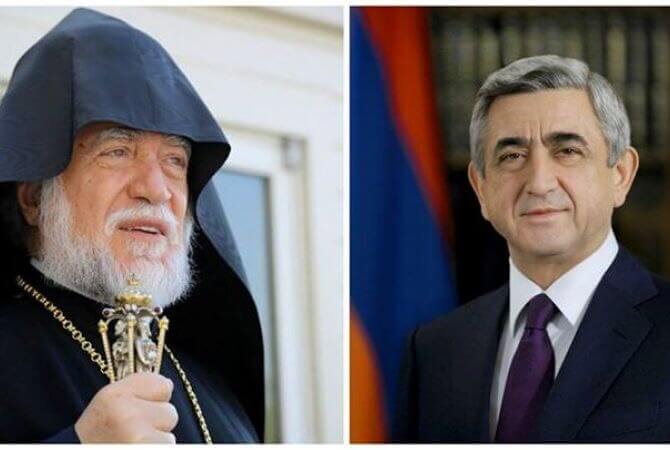 21 September 2016. On Wednesday morning, celebrations of the 25th Anniversary of the Independence of Armenia began with a military parade, followed by a meeting of the Armenia-Diaspora Pan Armenian Council.

During the opening speech, President Serge Sarkissian addressed His Holiness Aram I and praised his unshakable support of the Republics of Armenia and Karabagh and his sustenance of Armenian spiritual, culture and national values in Armenian communities everywhere.

In recognition, the President honoured His Holiness Aram I with the insignia of “St Mesrob Mashdotz” of the Republic of Armenia and President Pako Sahakian, the Insignia of “Tigranes the Great.”