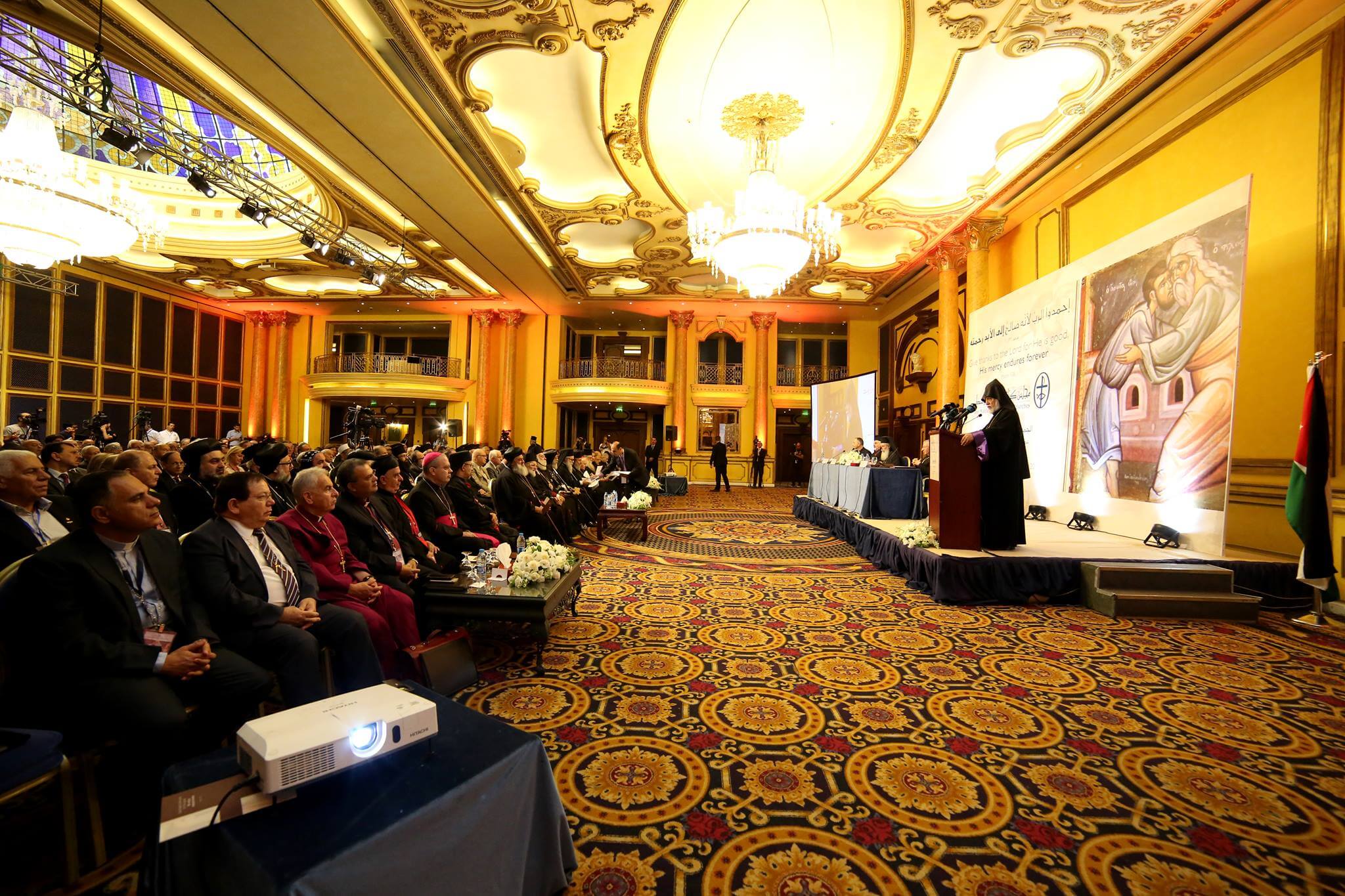 6 September 2016. The 11th Assembly of the MECC held its opening prayers in Amman with the participation of the Hierarchs of all the member churches, official representatives and ecumenical guests. During the first session, the Assembly heard the messages of the Patriarchs, all of whom spoke of the necessity to strengthen Christian witness in the region.

When addressing the Assembly, His Holiness Aram I described it as time for thanksgiving, self-assessment and recommitment. He said that despite challenges to Christianity, Hierarchs of all the member churches had come together to express their unity, assess their vocation through diakonia and recommit themselves to serving all the victims of violence.