His Holiness Aram I writes to Chancellor Angela Merkel 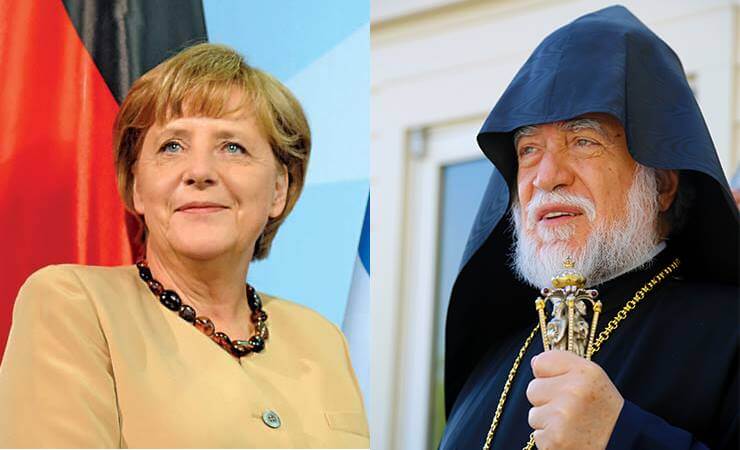 The resolution of the German Bundestag declaring the massacre of Armenians by the Ottomans “Genocide” is an act of historical significance,

states His Holiness Aram I

Antelias – 2 June 2016. In his letter addressed to Chancellor Angela Merkel, His Holiness Aram I wrote, “Today’s overwhelming vote by Germany's Bundestag lower house of parliament, declaring the killings of Armenians by Ottoman forces in 1915 a ‘genocide,’ is of historical significance. It demonstrates the commitment of Germany to human rights and shows the world the responsible way of dealing with one’s own past.”

He then reminded the Chancellor that the Catholicosate of Cilicia was a major victim of the Ottoman atrocities of 1915. He noted that his predecessor Catholicos Sahak II and the clergy were forced to leave their 700-year-old See with the faithful, and that, since then, the Catholicosate, resettled in Lebanon, has been accompanying its faithful spiritually as they have integrated into their new societies in the diaspora.

Referring to the positive role of the Churches in Germany, Catholicos Aram I added, “As Moderator of the World Council of Churches, I had the privilege of observing the strong commitment of the churches in Germany to justice and to the struggle against impunity.”

Catholicos Aram I concluded his letter by thanking the Chancellor on behalf of the Armenian Church and the people for their efforts to confront injustice and to accompany the uprooted and the homeless.