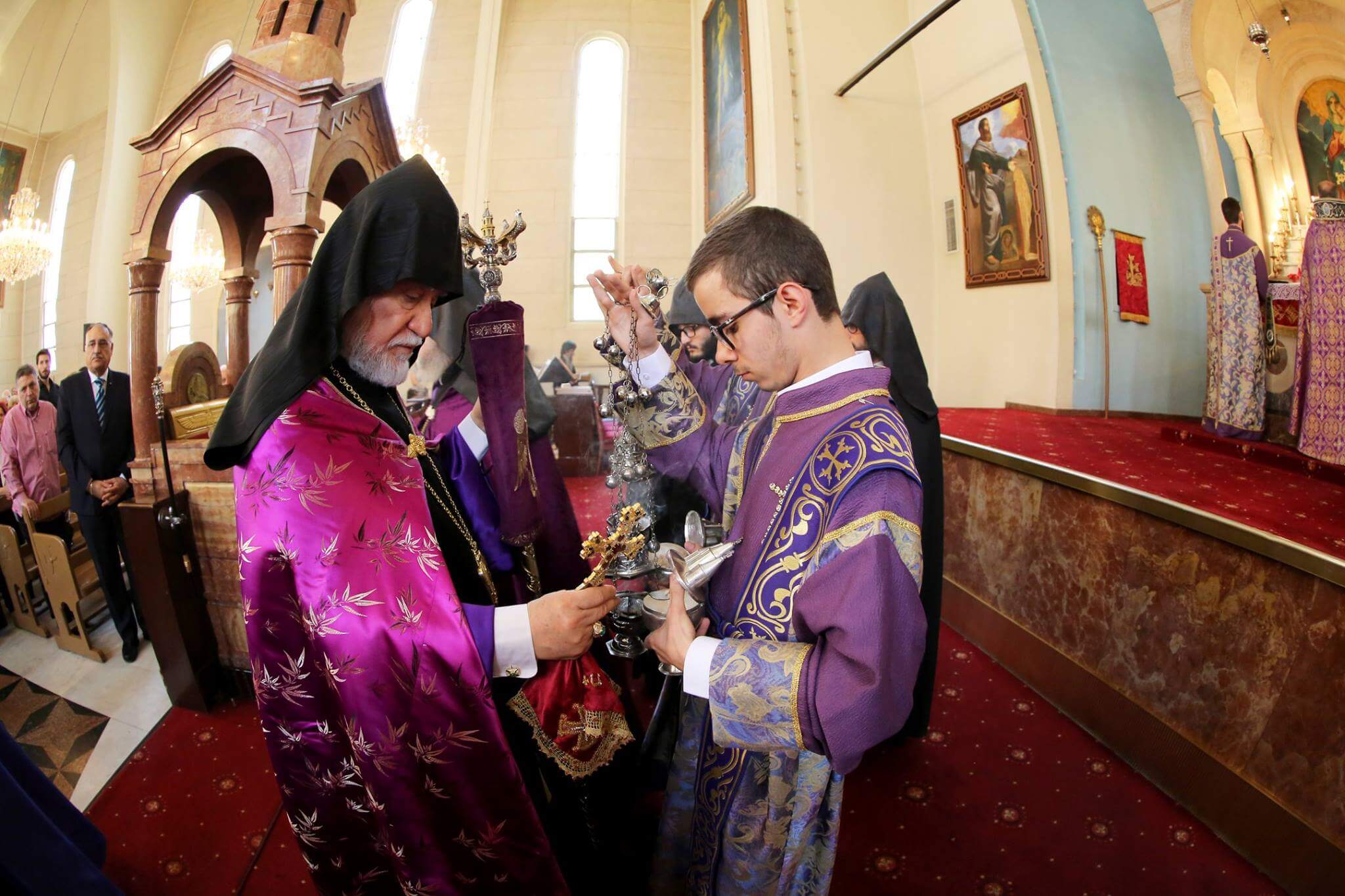 29 May 2016. On Sunday the clergy and the faithful celebrated the establishment of the first Republic of Armenia in 1917 and the post-Soviet Republic in 1991, as well as the name day of His Holiness Catholicos Aram I. His Holiness presided over a requiem service to remember the soldiers who lost their lives during these struggles.

At the end of the church service, celebrations continued at the main hall of the Catholicosate. After a brief cultural programme, the Vice-Dean of the Seminary, Father Boghos Tinkjian, read a eulogy commemorating the heroic effort of the people in establishing the two Republics of Armenia under different historical and political contexts and their legacy. Father Boghos then recalled the heroes in Armenian history named Aram and thanked His Holiness for his spiritual guidance and courageous leadership in accompanying Independent Armenia, calling for justice, being in solidarity with the people of Karabagh and his visit following the recent Aziri aggression. He then invited the Catholicos to give his message.

Catholicos Aram I said that the date of 28 May is a constant reminder to spiritual and political leaders to act responsibly and with deep commitment. The heroes of 28 May fought for the independence of Armenia at the cost of their lives, as the Armenians in Karabagh continue to do today. The Catholicos said that the legacy of safeguarding the homeland should also include defending the human rights of the people and countering the reasons for emigration. His Holiness concluded his message by affirming that the message of 28 May would remain integral to the mission of the Catholicosate of Cilicia, as expressed through service and educational activities rooted in Gospel values. “The Catholicosate of Cilicia,” he said, “will accompany Armenians in their advocacy for justice until the realisation of their vision of a bright future.”

The Catholicos then blessed the people and received their good wishes.