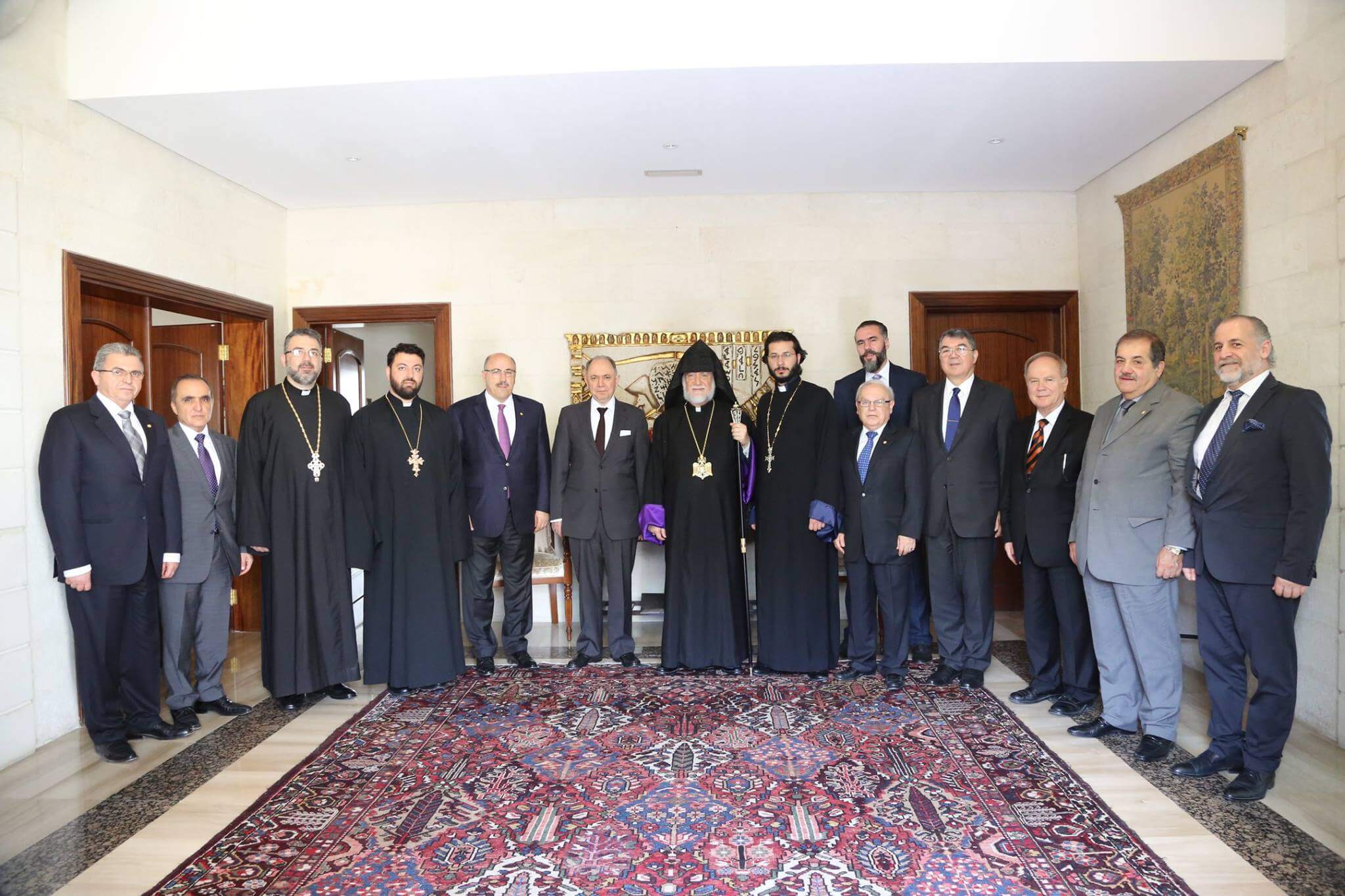 7 May 2016. On Saturday noon His Holiness Aram I, accompanied by Rev Mesrop Sarkissian, the Pontifical delegate to the UAE, the delegation accompanying the Catholicos and representative of the Armenian Community in the UAE, visited the Lebanese Embassy. Ambassador Hassan Saad and the diplomatic corps welcomed the Catholicos and his entourage. During a brief meeting, His Holiness and the Ambassador discussed the situation in Lebanon and issues related to the Lebanese community in the UAE. The visit ended with a luncheon offered by the Ambassador in honour of His Holiness.

On Sunday 8 May 2016, His Holiness and his entourage visited the Embassy of Armenia and were met by Ambassador Kegham Gharibjanian. During their meeting Catholicos Aram I reconfirmed the solidarity of the Catholicosate of Cilicia and its Dioceses in the Diaspora with Armenia and Artzakh (Karabagh) and reassured him of the Catholicosate’s continued support. At the end of the meeting, the Ambassador offered a luncheon in honour of the Catholicos, to which, in addition to the accompanying delegation, other members of the leadership of the local Armenian Community were also invited.