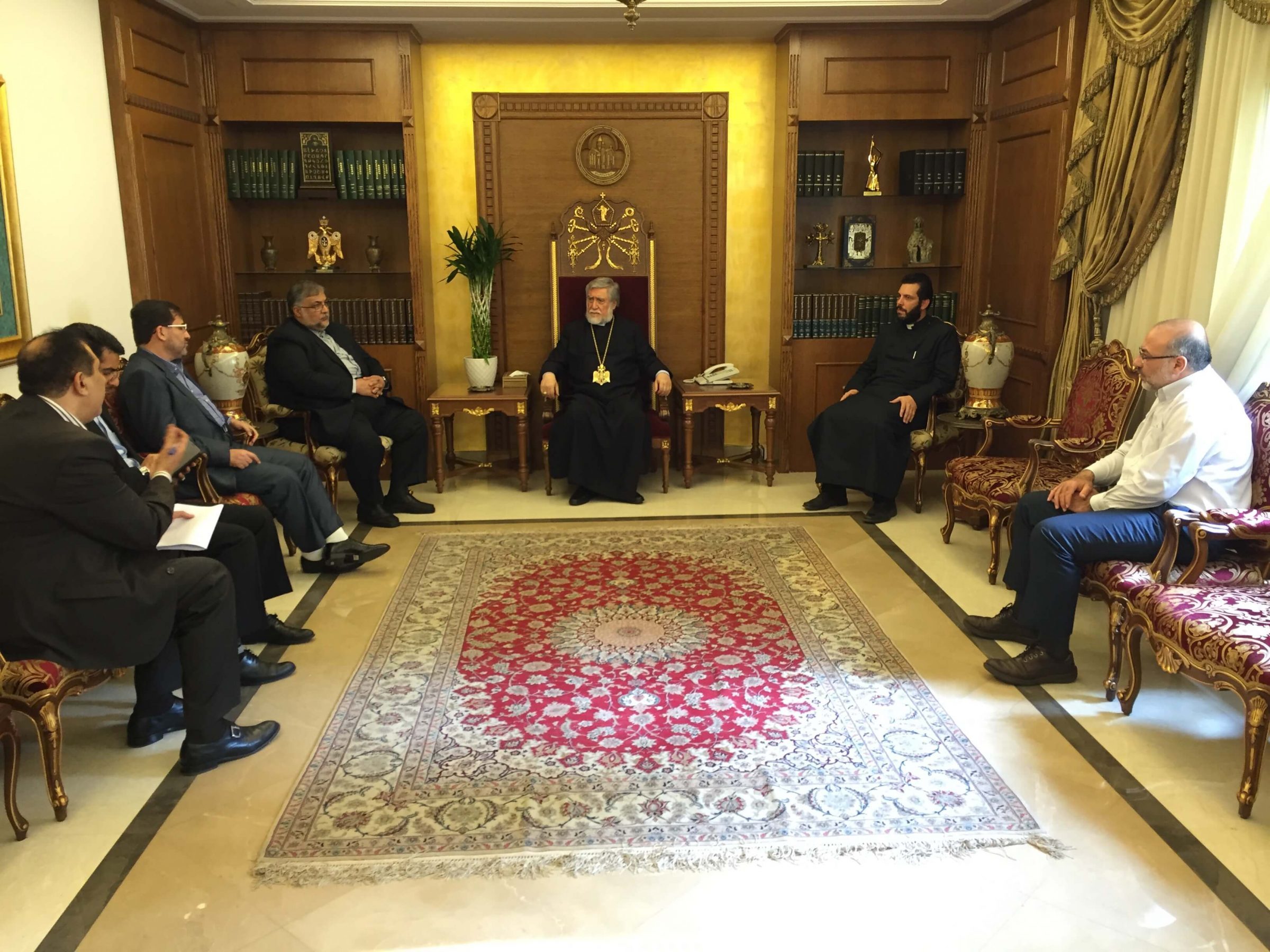 4 March 2016. On Wednesday morning, His Holiness Aram I received Dr Abouzar Ebrahimi Torkaman, Head of the Islamic Culture and Relations Organization of the Islamic Republic, accompanied by his two assistants and the Cultural Attaché of the Iranian Embassy in Lebanon. The Ecumenical Officer, Very Rev. Housig Mardirossian, and the Chancellor, Khatchik Dedeyan, also attended the meeting.

The meeting began with an overview of the long relations between Iran and the Catholicossate of Cilicia and the outcomes of their official dialogues. Dr Torkaman, who has been leading the Iranian delegation in these dialogues, proposed to follow up their last meeting held on 3 March 2015, and invited the delegation of the Catholicosate of Cilicia to meet in Tehran in December 2016.

After discussing the agenda of the next dialogue meeting, Dr Torkaman and his delegation discussed with His Holiness the situation in the Middle East, the recent aggressions on Karabagh by Azerbajan and the important contribution of Armenians to Iranian society in the past and present. At the end of the meeting, he thanked Catholicos Aram I for the important contribution that the Catholicossate of Cilicia has made to Christian-Muslim dialogue and referred to their long cooperation in this domain as an example of building sustainable relations among people of different faiths.