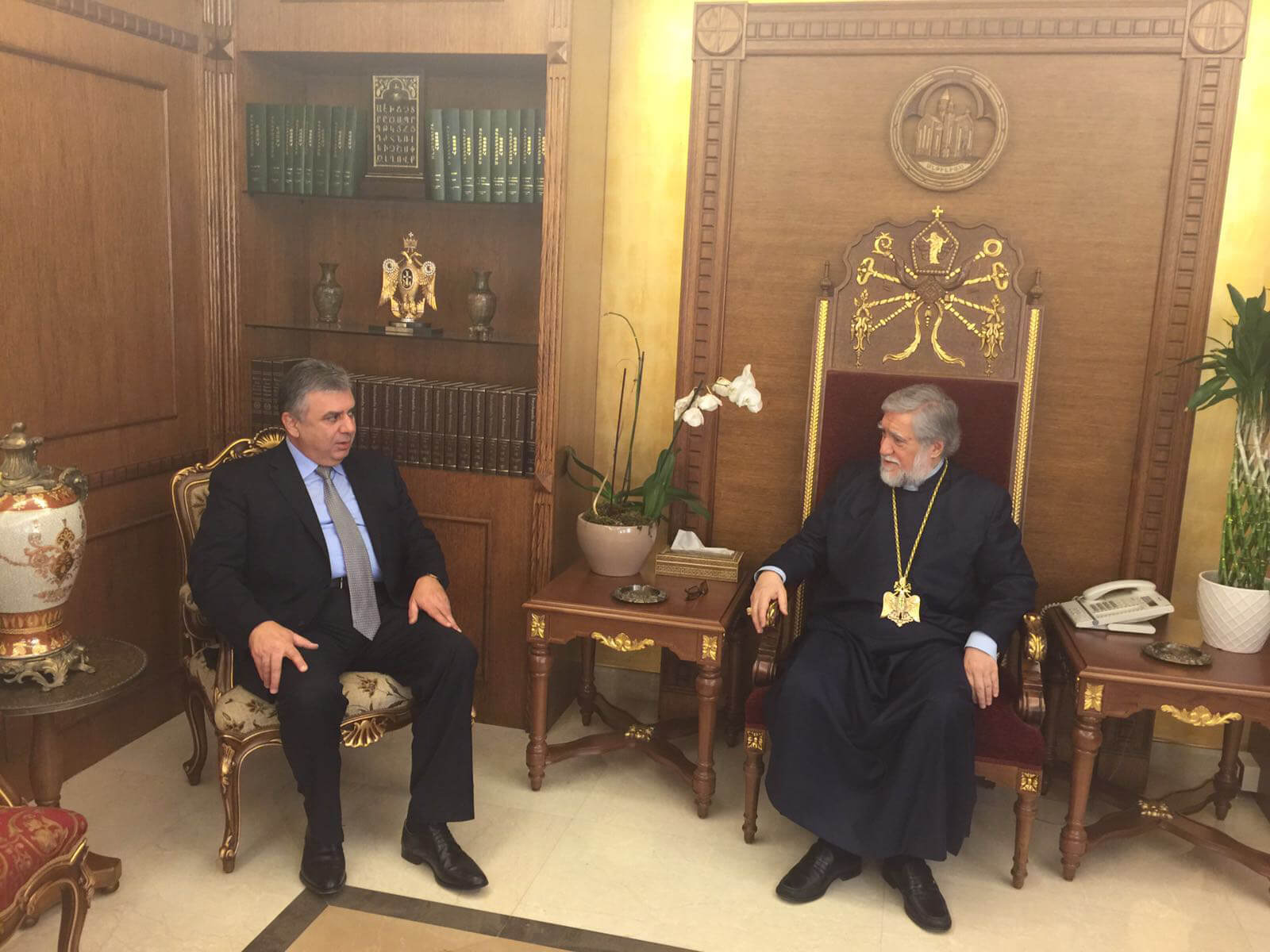 18 February 2016. On Thursday morning Ambassador Ashod Kotcharian visited Catholicos Aram I to inform His Holiness Aram I that he had come to the end of his six years of diplomatic service and was returning to Armenia.

His Holiness Aram I expressed his deep appreciation for the Ambassador’s services, and emphasized the importance for Armenia to strengthen its role in diplomacy and international relations worldwide, including the Arab world and Lebanon.