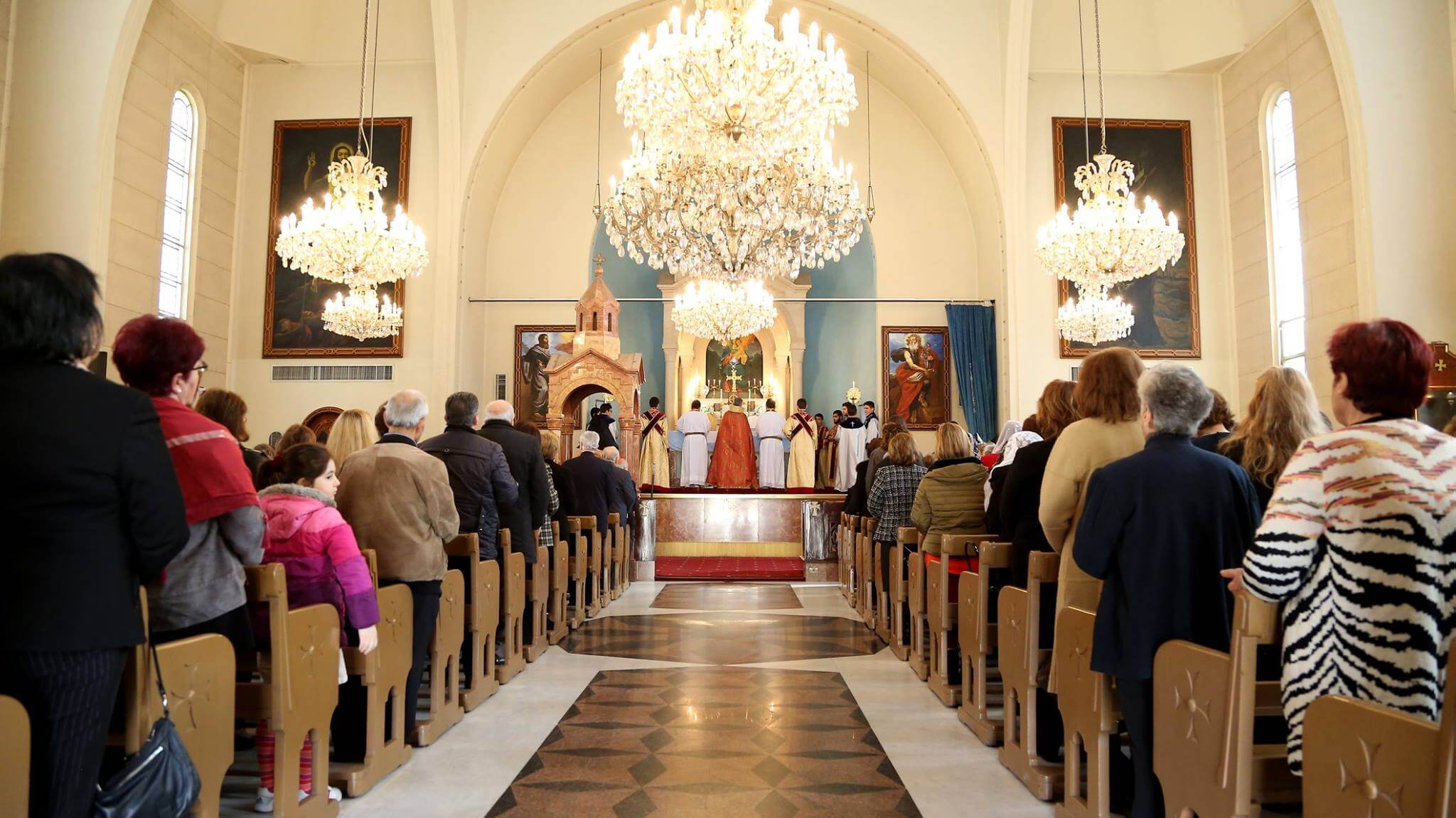 “Renunciation of Christianity would have been the end of ‘Armenian-ness,’”

stated His Holiness Aram I

4 February 2016. On Thursday morning His Holiness Aram I presided over the Holy Liturgy dedicated to St Vartanantz at St Gregory the Illuminator Cathedral in Antelias; the celebrant was Archbishop Shahan Sarkissian, Primate of Peria (Syria). The feast commemorates the battle in 451 when Armenian soldiers, clergy and their companions fought on the banks of the Deghmoud River to defend their Christian faith. In his sermon, the Archbishop reminded the faithful that the annual celebration of the feast is an act of spiritual renewal and an affirmation of identity.

Following the Liturgy, the Catholicos, the clergy, the seminarians and the faithful went in procession to the Main Hall. Celebrations began with hymns and songs dedicated to the heroes of Vartanantz, who fell in the war, followed by the message of His Holiness Aram I. The Catholicos explained why the feasts of the Ghevontiantz priests and St Vartanantz soldiers are celebrated within a few days of each other. The two feasts are not only historically important events; they are also part of the Church Calendar. They call the clergy and the laity to translate the message of the fallen heroes into their daily lives and to use that message to inspire the future generations. He emphasized the close link between Christian faith and the Armenians’ national belonging, exhorting the people to stay strong and united in their convictions. The spiritually enriching week was concluded with the “Cilicia”anthem.