Leaders of the Armenian Orthodox, Catholic and Protestant Churches in Syria meet in Antelias to continue discussions on plans for future resettlement and reorganization of Armenians in Syria 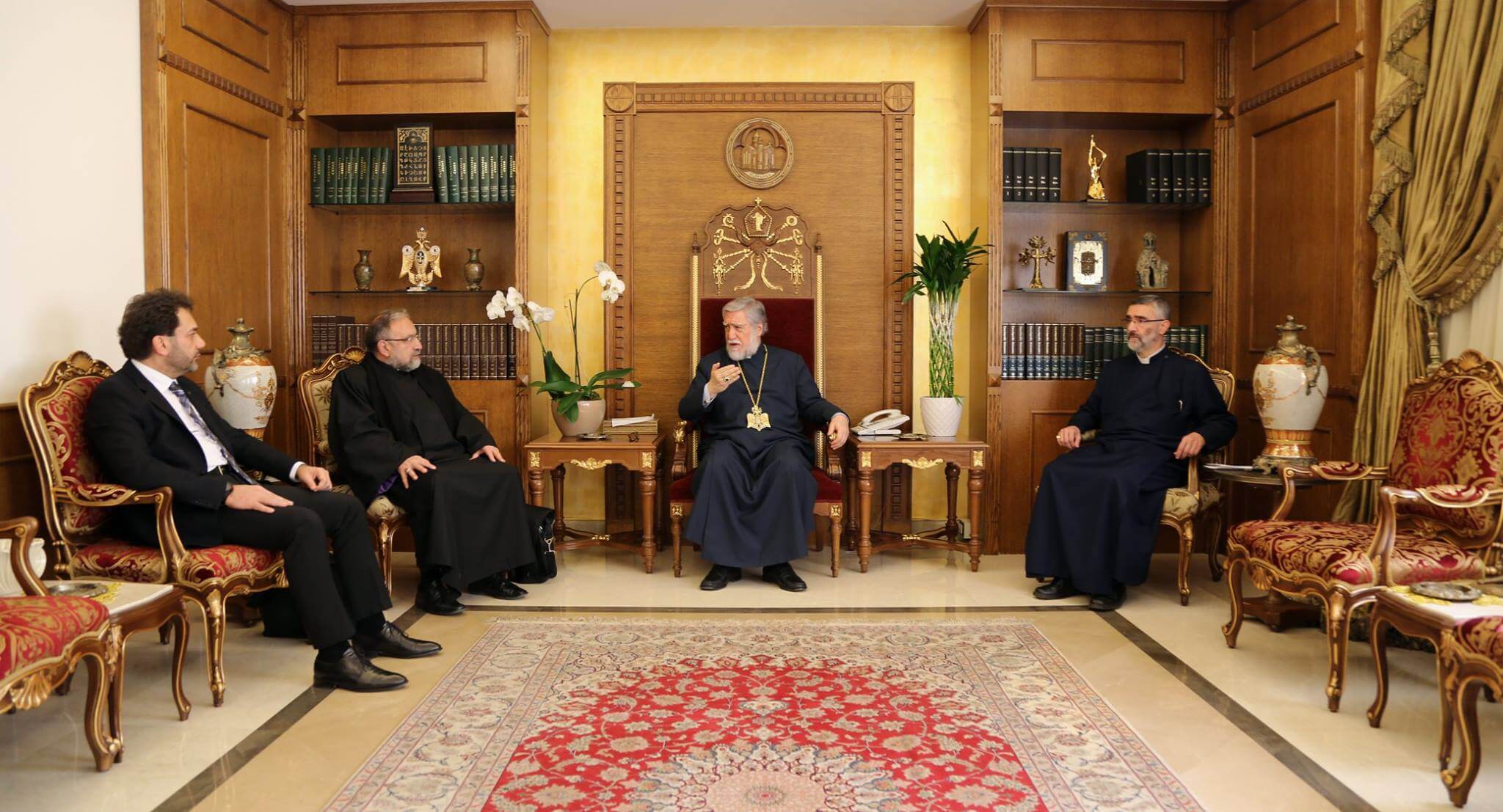 29 January 2016. On Friday morning, His Holiness Aram I presided over the meeting that brought together Archbishop Shahan Sarkissian, Armenian Orthodox Church, Diocese of Peria, Archbishop Bedros Meriatian, Primate of the Armenian Catholic Diocese of Aleppo and Rev. Haroutiun Selimian, Head of the Armenian Evangelical Community in Syria.

After welcoming the leaders of the two Churches, Catholicos Aram I briefed them on the discussions of the previous day with the representatives of the Diocese of the Catholicosate of Cilicia. He then thanked them for their effort to consult with one another, to stay united and to act with one voice under the very difficult circumstances in Syria. He acknowledged the important contribution of all Armenian organizations and individuals in Syria in assisting the people and asked the three clergy to convey his appreciation. The Catholicos then invited them to start planning for the future of the Armenians in Syria.

All three spiritual leaders thanked His Holiness for his continued support of all Armenians in Syria and shared their views on future plans and processes to reinstitute and revive the Armenian community in Syria. At the end of the formal meeting, the Catholicos invited the two clergy to join Archbishop Shahan and him for lunch.