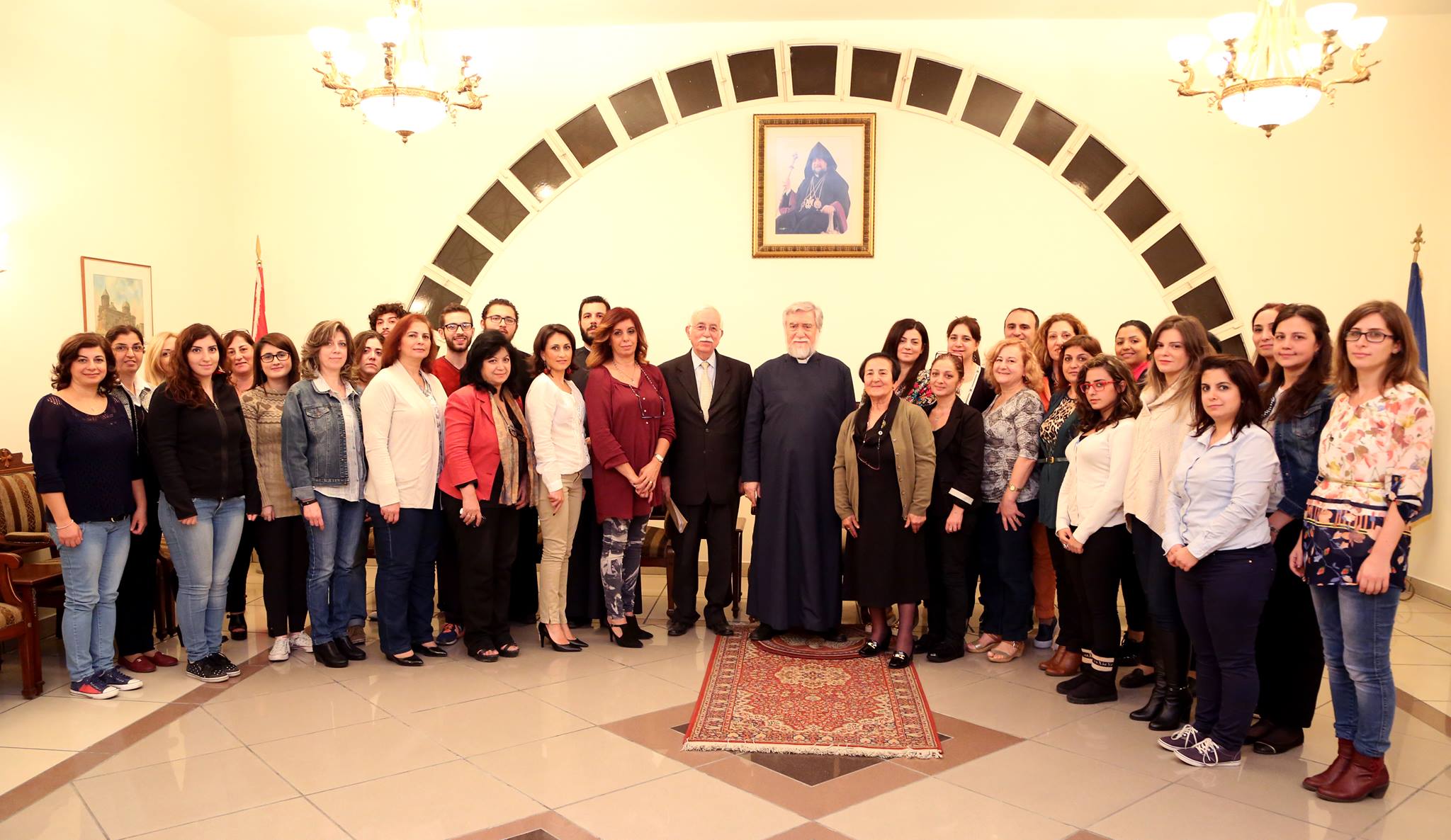 20 November 2015. On Friday evening Catholicos Aram I inaugurated the new annual session of the Armenian Studies Department of the Catholicosate of Cilicia in the presence of the members of the clergy, the director of the department, Mr Jirayr Tanielian, the faculty and the thirty new students.

In his opening speech His Holiness expressed his joy at the large number of students and spoke of the urgency and importance of safeguarding Western Armenian. He then described the different initiatives of the Catholicosate of Cilicia to preserve the original mother tongue and announced that the trial period had successfully ended and the curriculum had been finalized. He also announced that the Catholicosate, with the help of the Armenian Studies Department, is working on acquiring university-level accreditation.

The director thanked His Holiness for all his efforts and said that the admissions criteria are very strict and the applicants were highly competitive. He said he hoped that this important initiative would have a significant impact on sustaining the original Western Armenian mother tongue.