His Holiness Aram I decorates Prof. Dr Seta Dadoyan with the Insignia of St. Mesrob Mashdotz for her contribution to Armenian Philosophical Thought 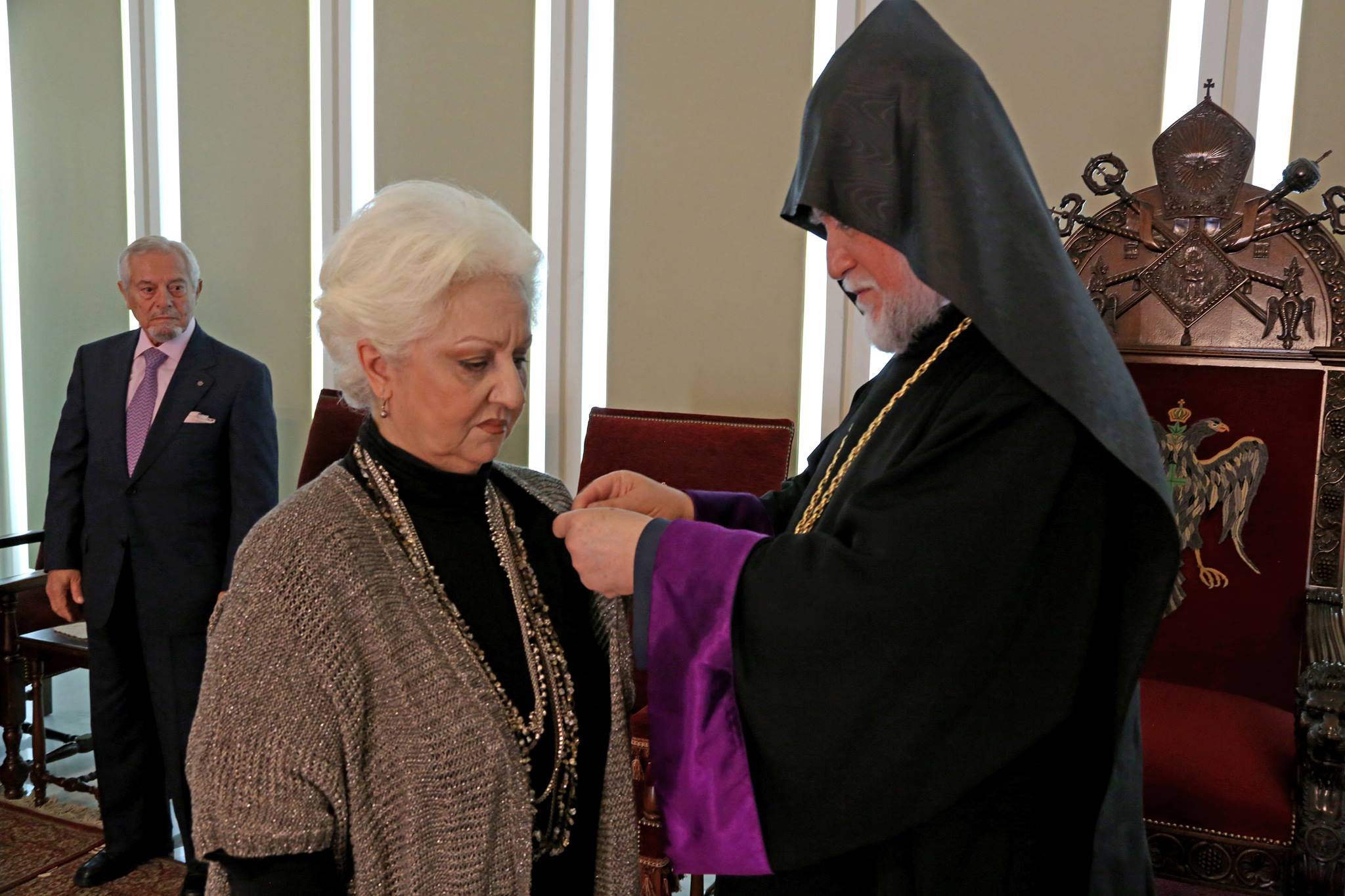 8 November 2015. On Sunday morning, following the Holy Liturgy, His Holiness Aram I received Dr Seta Dadoyan and guests at the Main Hall of the Catholicosate in Antelias. The Chancellor, Mr Khatchik Dedeyan, highlighted the achievements of Dr Dadoyan, an expert on Armenian philosophical thought and Islam, who, during her academic career, has taught at the American University of Beirut and Haigazian University in Lebanon, Columbia University and the University of Chicago in the United States, and the University of Yerevan in Armenia. He spoke of her 10 full-length works, including The Fatimid Armenians and Armenians and Islam in the Middle Ages, and of her numerous shorter publications.

Professor Dadoyan expressed her gratitude to His Holiness Aram I for allowing her to cultivate her intellectual curiosity through the Catholicosate.