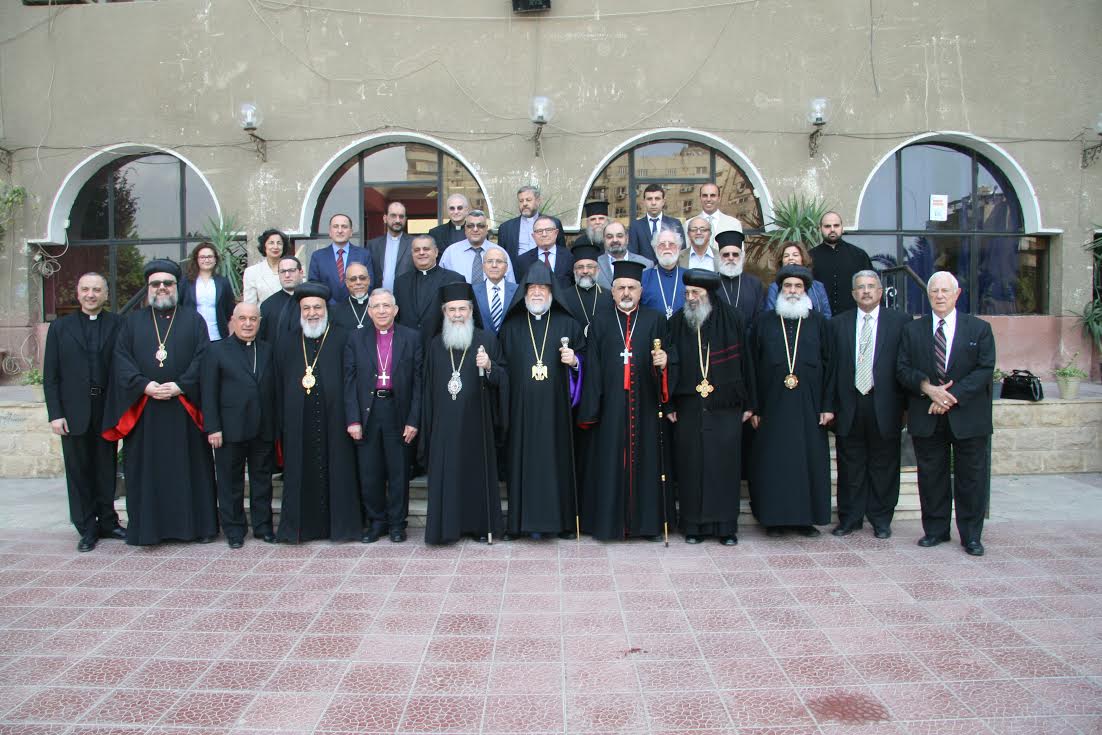 3 November 2015. On Monday morning, the members of Executive Committee of the Middle East Council of Churches began their deliberations at the Saint Mark’s Coptic Orthodox Cathedral Compound.

His Holiness Aram I welcomed the members of the Executive Committee. He said that, because the churches form an inherent part of the Middle East and are victims of the conflict in the region, they must express their unity in the strongest way possible, which is through the Middle East Council of Churches. In light of that reality and to meet current challenges head on, he exhorted the committee to work on programmes and plans of action to be implemented jointly.