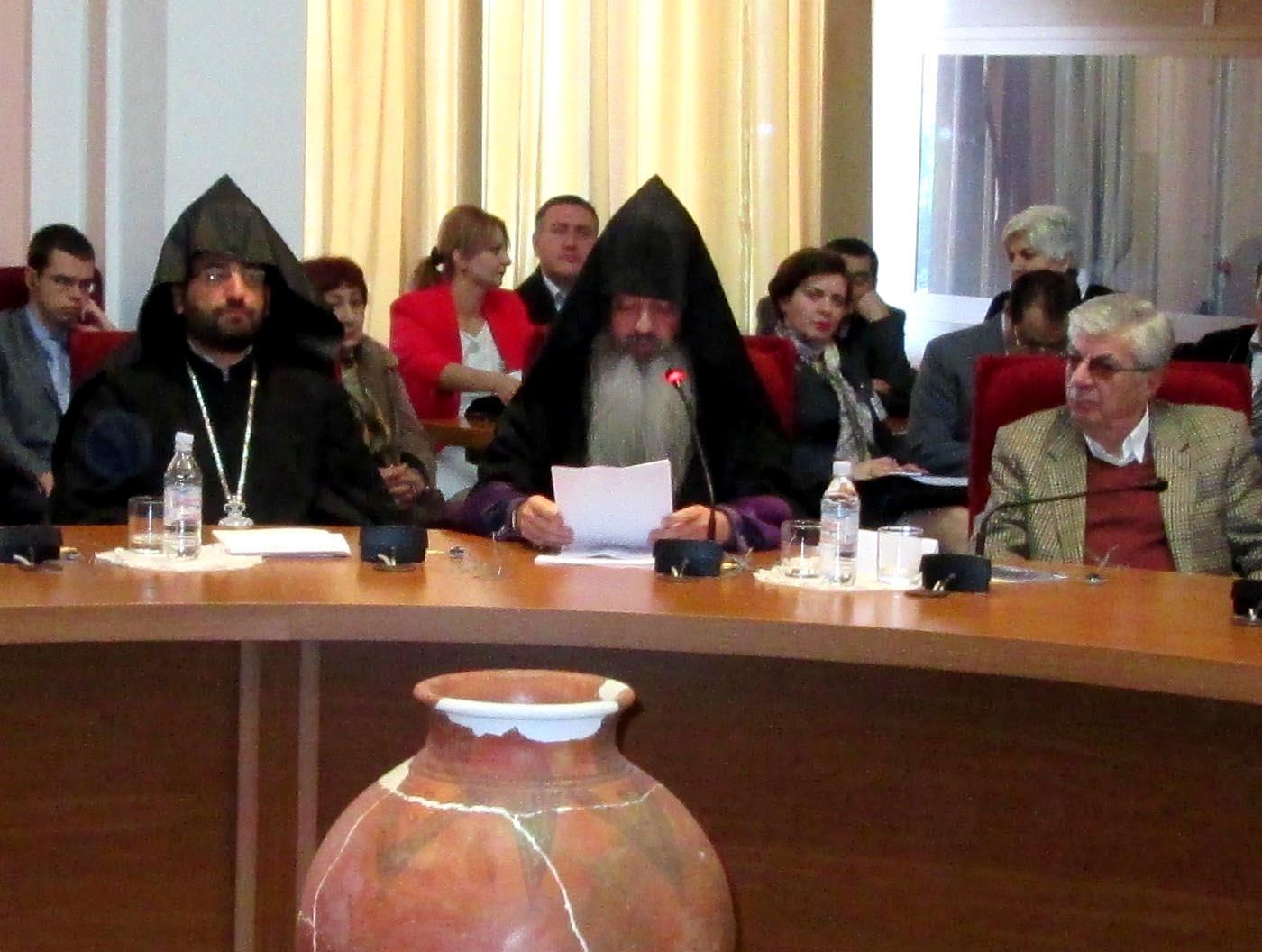 15 October 2015. During the opening of the conference entitled “Armenian Genocide: From Recognition to Compensation,” following the opening welcome of His Excellency President Serge Sarkissian and the message of His Holiness Catholicos Karekin II, Bishop Krikor Chiftjian, Prelate of the Diocese of Aderbadagan in Iran, read the message of His Holiness Catholicos Aram I.

In his message the Catholicos welcomed the event that had brought together a large number of Armenian and international experts and hoped they would arrive at fruitful results. He then reviewed the past one hundred years since the Genocide, the root causes (including Turkey’s politics of denial) and the continuous effort of the diaspora for justice for the survivors and for the recognition of the Genocide by the world community. The Catholicos then reminded the participants of the unprecedented actions of the Catholicosate of Cilicia: First, the international conference in 2012 on the theme, “Legal avenues for Armenian Genocide Reparations,” and, second, the filing of a lawsuit with the Constitutional Court of Turkey on 27 April 2015, demanding the restitution of the Seat of the Catholicosate in Sis.

At the end of the message, the representative of the Pan-Russian Armenian Genocide Committee honoured the Catholicos with the commemorative insignia, in his absence.