Communiqué of the Meeting of the Anglican-Oriental Orthodox International Commission 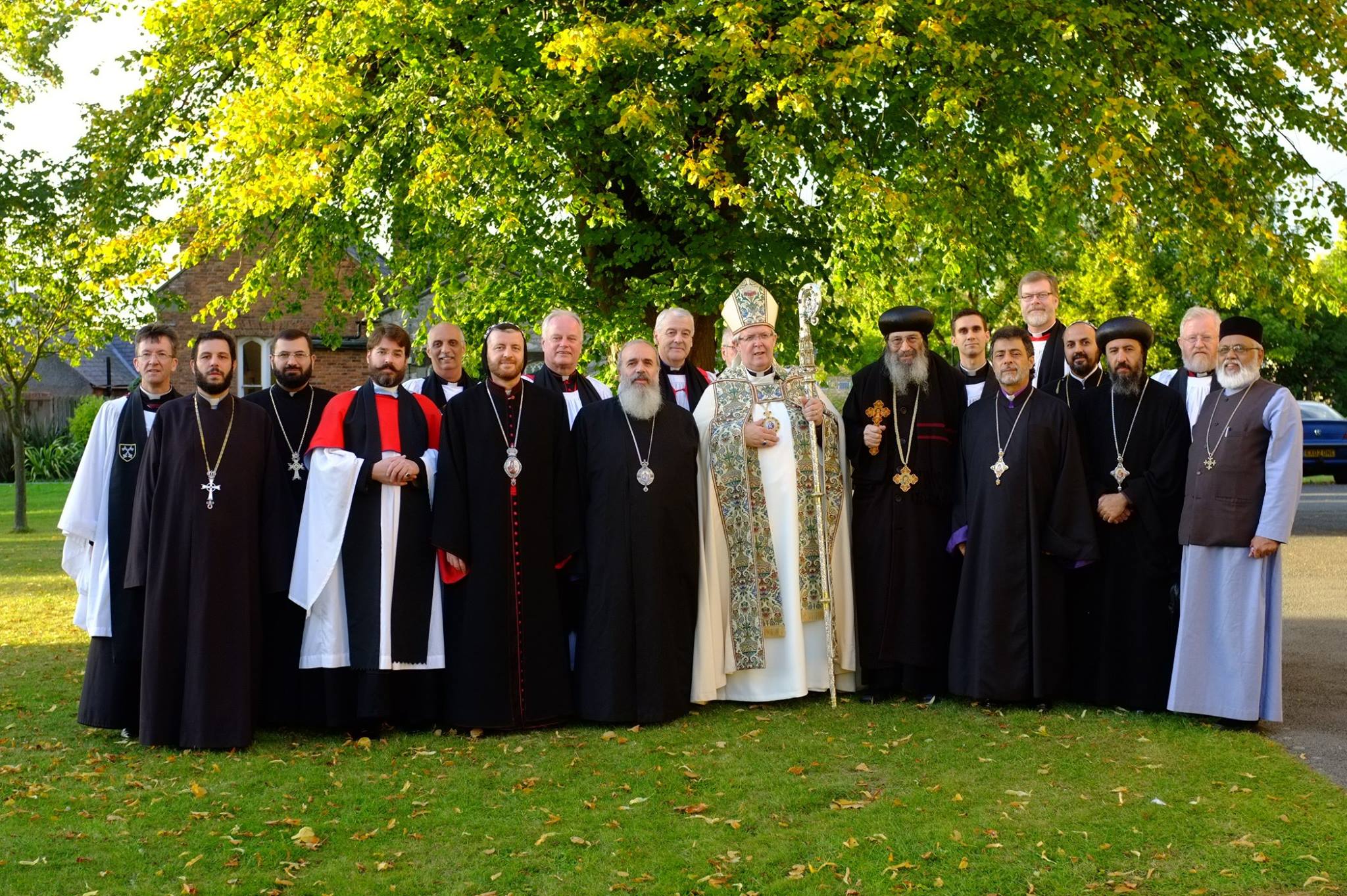 The Anglican-Oriental Orthodox International Commission has held its fourth meeting from the 5th to 10th October 2015 at Gladstone’s Library, Hawarden, Wales.

The Commission greatly appreciates the welcome to his diocese given by the Right Reverend Gregory K Cameron, and the hospitality offered by the staff of the Library.

The Commission is also grateful to the members of St Dyfnog’s Church Llanrhaeadr yng Nghinmeirch, Canolfan Dewi Sant, Abergele, and St Abba Eskhairon Coptic Orthodox Church in Llandudno, and the Dean and Chapter of St Asaph Cathedral, for their warm welcome, as well as to Bishop Gregory and Mrs Cameron for inviting the members of the Commission to their home, and for their kind and generous hospitality.

A new publication containing the Agreed Statement on Christology of the Anglican-Oriental Orthodox International Commission 2014 was launched during Vespers in St Asaph Cathedral by the Co-Chairs of the commission, the Rt Revd Gregory K Cameron Bishop of St Asaph, and His Eminence Metropolitan Bishoy of Damietta, in the presence of the Rt Revd Dr Geoffrey Rowell, former Co-Chair of the Commission and co-signatory to the Statement.

The Commission discussed the present situation of Christians in the Middle East and heard reports on the difficulties facing Churches, particularly in Syria and Iraq. There was a consideration of the most practical ways in which the Anglican Communion in its various countries could respond effectively to the refugee crisis in the Middle East and Europe.

Members of the Commission continue to pray for the Middle East, for the victims of war, for refugees, and for all hostages. We also pray for our fellow Christians, and especially the two kidnapped Bishops of Aleppo: Metropolitan Mor Gregorios Youhanna Ibrahim of the Syriac Orthodox Church, and Metropolitan Boulos Yazigi of the Greek Orthodox Church of Antioch, of whom there is still no word.

The Commission also marked the Centenary of the Armenian Genocide. The connection between WE Gladstone, former British Prime Minister, and the Armenians whom he defended during their sufferings in the 1890s was commemorated in St Deiniol’s Church, Hawarden. The Revd Dr Patrick Thomas gave a presentation on his book, Remembering the Armenian Genocide 1915, which was appreciated by the Commission.

The fifth meeting of the Commission will take place in Antelias, Lebanon, from the 24th to 29th October 2016, hosted by His Holiness Catholicos Aram I.

At the conclusion of the meeting, the Commission thanked the Triune God, Father, Son and Holy Spirit, for the mutual understanding and friendship that was experienced and shared, and looks forward to continuing its work.

Present at the meeting in Hawarden 2015

Not able to be present

Not able to be present