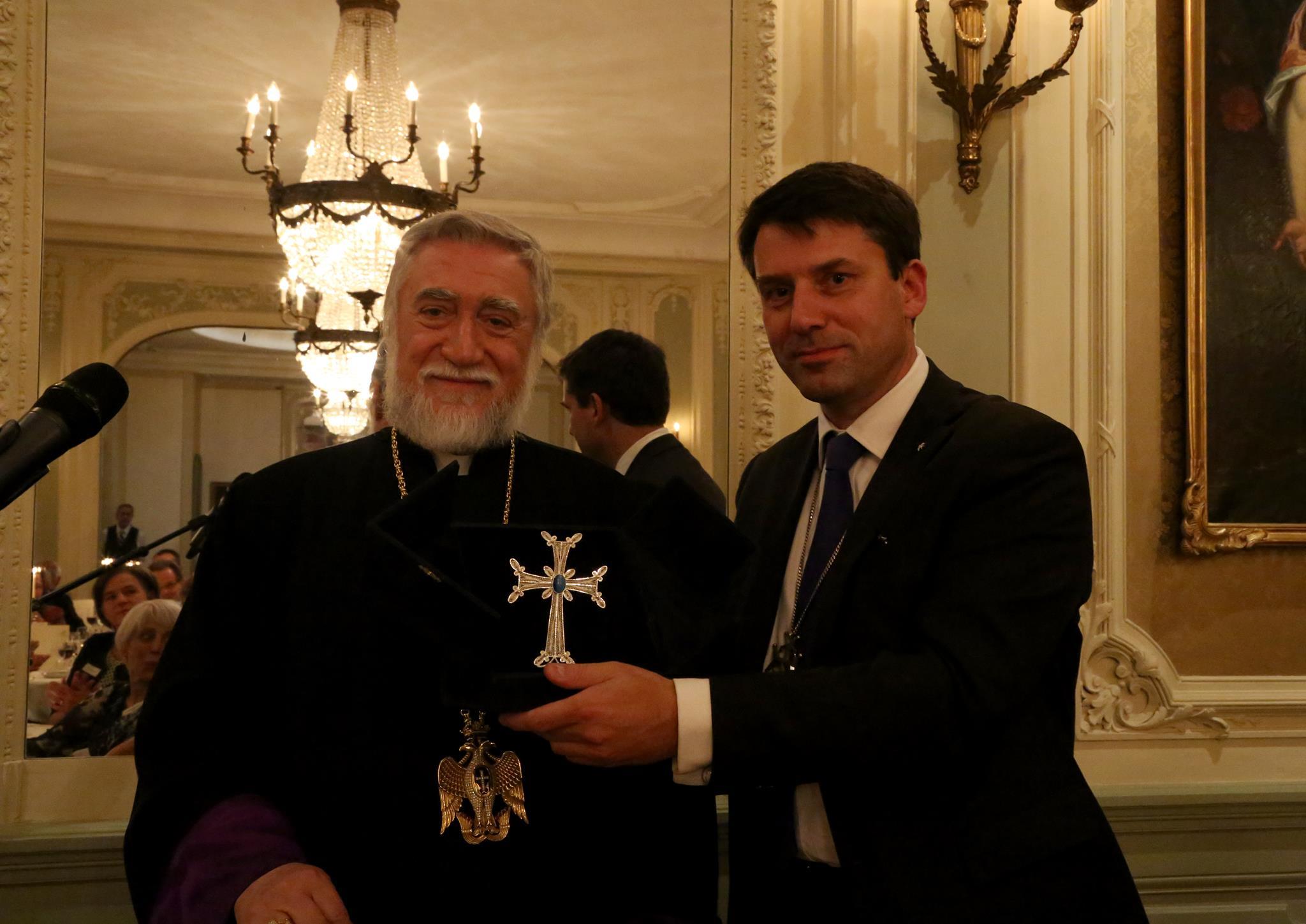 30 September 2015. On Friday 25 September, following ecumenical prayers at the Bern Cathedral, the President of the Federation of Swiss Protestant Churches (FEPS), Dr. Gottfried Locher, offered a dinner in honour of His Holiness Aram I. The guests included the Ambassador of France to Switzerland, the Roman Catholic and Old Catholic Bishops, the Chargé d’affaires of Armenia and Lebanon, members of the Council of States and the National Council, representatives of FEPS and the delegation accompanying the Catholicos.

Dr Locher welcomed the guests, reminded them of the 100 years of Swiss-Armenian friendship since the Genocide and invited Catholicos Aram I to address the guests. Thanking the Federation of Swiss Protestant Churches and President Locher for the invitation, the Catholicos said that the programme of the week and the Armenofas Foundation further strengthens the ties between the two Churches. Speaking of the Middle East, he stressed the importance of Christian presence in the Middle East. He then invited Mr Hagop Pakradouni, member of the Lebanese Parliament, to speak of the Syrian refugees in Lebanon and the difficulties of the Lebanese Government in coping with the consequent pressure on housing, schooling and health services.

At the end of the speeches, President Locher and His Holiness Aram I exchanged gifts.