His Holiness Aram I met with the Secretary of State at the Swiss Foreign Ministry, Yves Rossier 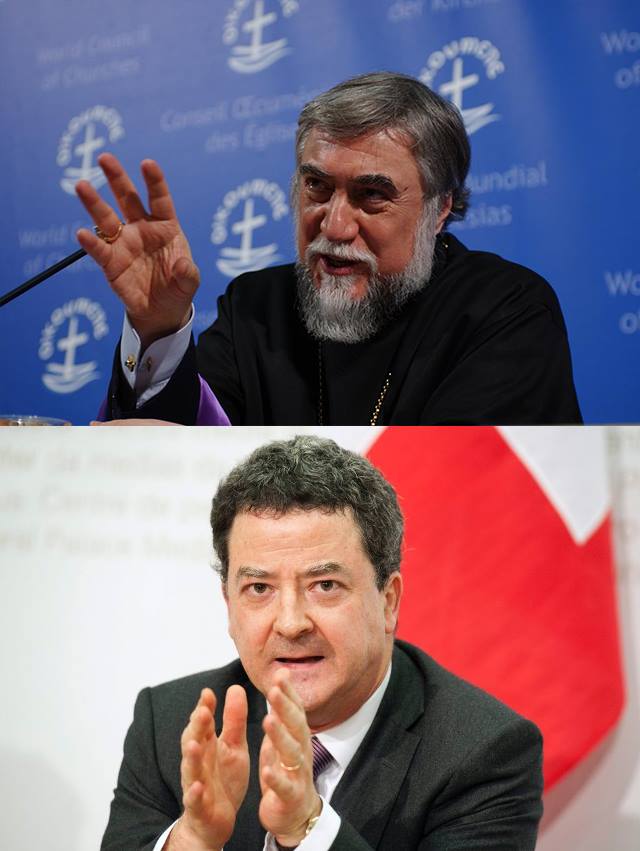 24 September 2015. On Thursday morning His Holiness Aram I, accompanied by Lebanese Member of Parliament Mr Hagop Pakradouni, and Serge Fornerod of External Relations of the Federation visited Mr Rossier. His Holiness explained that he was in Switzerland upon the invitation of the Federation of Swiss Protestant Churches to thank the Swiss people for their humanitarian assistance to the Armenian victims of the Genocide 100 years ago.

They discussed the situation in the Middle East, particularly in Syria and Lebanon. They then focussed on the status of Armenia-Turkey relations and the importance of the recognition of the Armenian Genocide by Turkey and the international community.

The Secretary suggested that they meet again in order to discuss the issues more deeply.