Christian Muslim dialogue an imperative in Globalization His Holiness Aram I 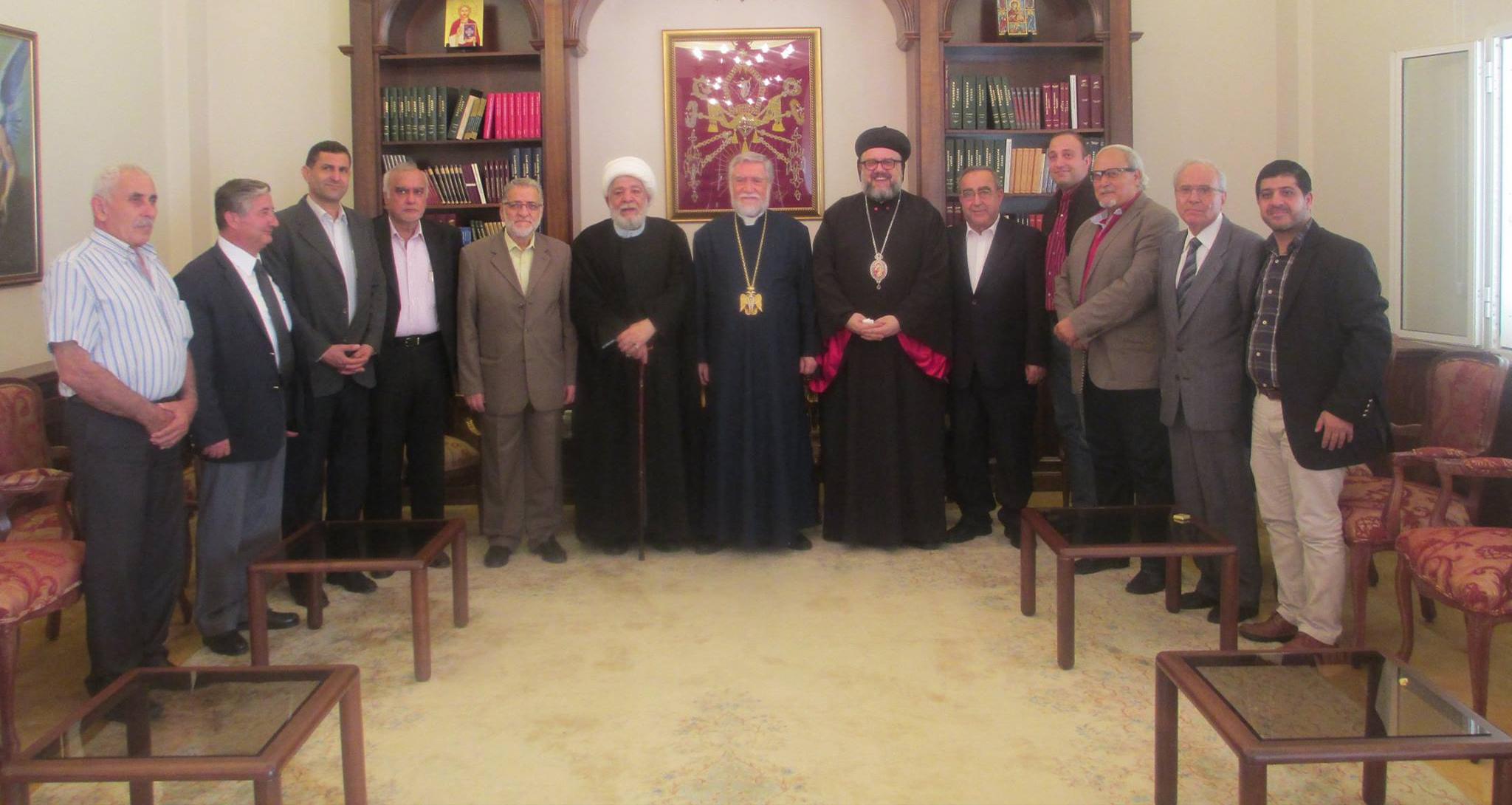 10 August 2015. On Monday morning His Holiness Aram I received Sheikh Hussein Ahmed Chehadeh, General Secretary of “Encounter between Religions,” and committee members of the organization. The V. Rev. Housig Mardirossian, Director of Ecumenical Relations Office, and Dr Jean Salmanian, member of the Ecumenical Relations Committee of the Catholicosate of Cilicia, were also present at the meeting.

Sheikh Hussein praised Catholicos Aram I’s contribution to ecumenical and interreligious relations aimed at building a culture of peace, and affirmed his solidarity with the Armenian demand for justice from Turkey for the 1915 Genocide. The Sheikh then condemned Turkey for continuing to play a negative role in the current Middle East conflict and appealed to Christians to remain in the region.

His Holiness emphasized the urgency of Christian-Muslim dialogue on all levels to counter the rising religious fundamentalism in the region. Then, describing the Middle East as the pre-eminent region of dialogue of religions, the Catholicos invited local religious leaders to work together to help prevent the politicization of religion. Referring to Turkey’s current political role, Catholicos Aram I said that Turkey’s double-faced politics strongly supports fundamentalism in the region.