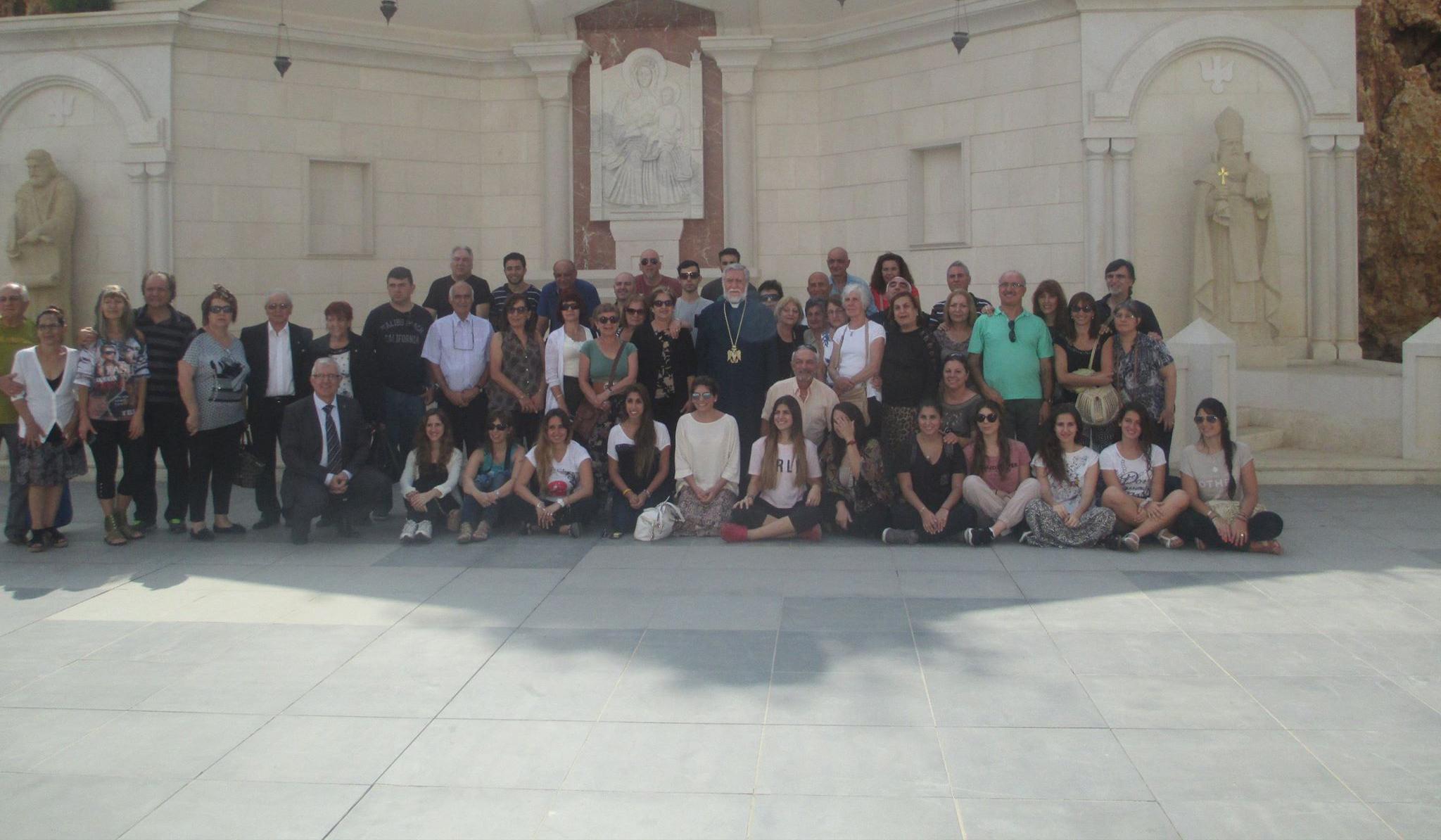 On Thursday morning, 50 pilgrims from Uruguay arrived at St. Mary's monastery in Bikfaya. After visiting the newly constructed Genocide Memorial, they met with His Holiness Aram I. The Catholicos welcomed the pilgrims and spoke fondly of his first visit to Uruguay. He also expressed once more his gratitude to the people of Uruguay for being the first country in 1983 to recognise the Armenian Genocide.

Prior to their meeting with His Holiness, the pilgrims visited the Catholicosate in Antelias and were introduced to the departments and their activities, the Bird's Nest and the newly constructed Armenian Genocide Orphans’ "Aram Bezikian" Museum. Some pilgrims were surprised and moved when they discovered that photographs of their grandparents had been included in the display.

His Holiness Aram I thanked the “Association of People from Marash” in Lebanon and Uruguay who organised the pilgrimage.