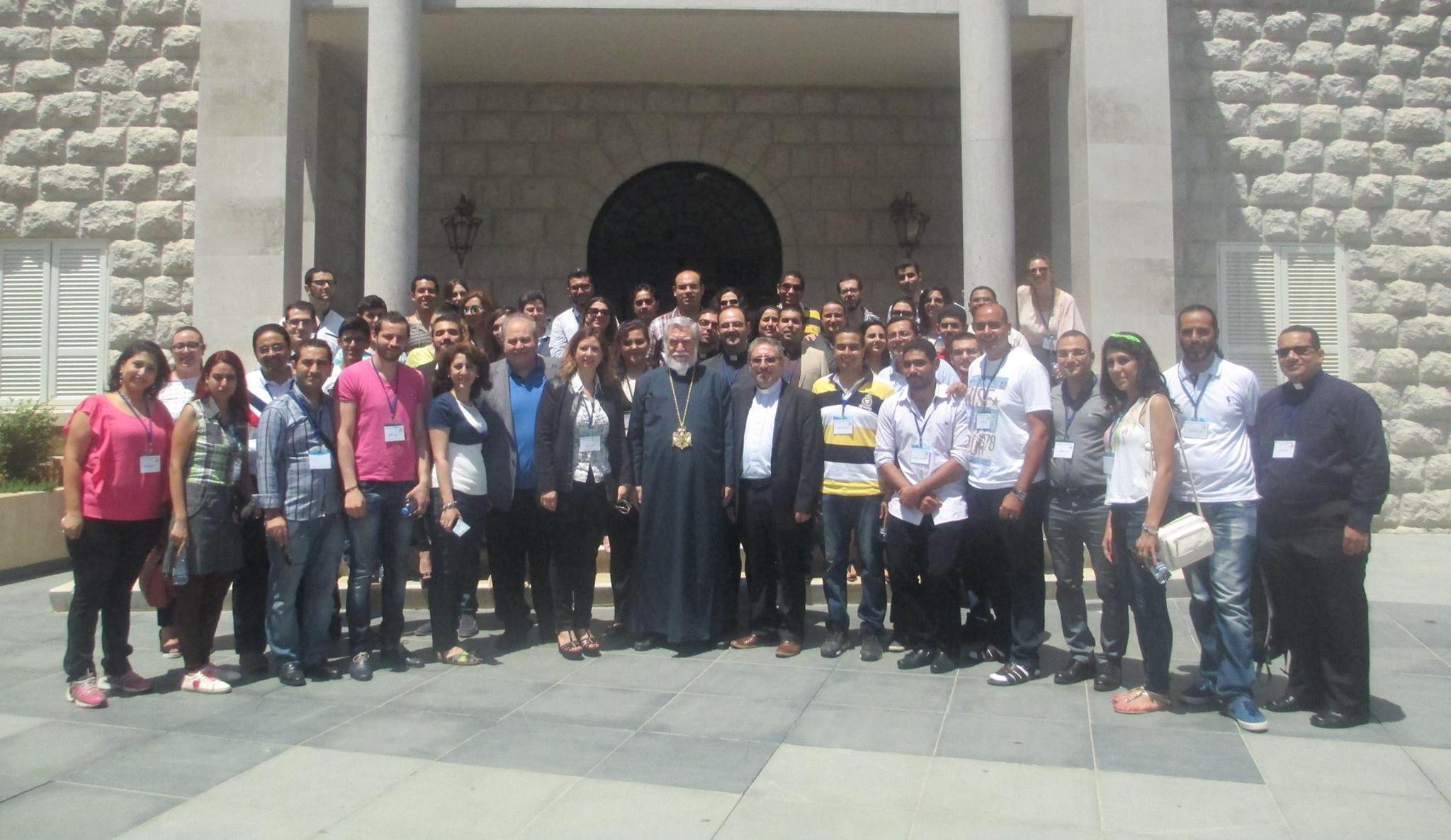 25 July 2015. On Saturday morning, at St. Mary’s Monastery in Bikfaya, His Holiness Aram I received 50 theology students from Egypt, Lebanon, Morocco, Sudan and a number of European countries. He lectured on the topic, “The Ecumenical Movement: Historical Overview and Present Challenges.” The lecture was part of the programme on Ecumenical Formation organized by the Middle East Regional office of the WSCF.

After welcoming the students, Catholicos Aram I congratulated the WSCF/ME for having initiated such an important training programme.

In his lecture, His Holiness told the students that participating in the ecumenical movement is an imperative for all churches, not only because of globalization, which brings them together to pray and implement projects, but, more importantly, because of Jesus’s command ‘that they may be one as we are one…” (John 17.22). The ecumenical movement was originally and has remained a local reality; as Jesus said, “For where two or three gather in my name, there am I with them” (Matthew 18-20). Jesus emphasized that the local reality must not fade away. Although the Church has attained regional and global formulations, it has retained its local expression.

The Catholicos then indicated that the twin goals of the ecumenical movement, Christian unity and mission, are more than their institutional expressions and programmes. Institutions and programmes are subject to change and hence temporary, but the goal is unflinching. Priorities of the ecumenical movement must respond to the needs of the churches and to the challenges arising from societies; however, the responses should not undermine the goal of Christian unity and mission.

His Holiness said that the ecumenical movement, when addressing global challenges, should promote interfaith dialogue and cooperation and respond to such socio-ethical issues as violence, oppression, religious fundamentalism and global warming. He then added that the response of the ecumenical movement to these issues should be founded on theological and ethical principles.

Catholicos Aram I concluded his lecture by reminding the young theologians that the ecumenical movement was started by visionary persons inspired by the Holy Spirit and that the youth in the churches have been the movement’s main advocates. He said that the movement today is in need of persons with vision and faith and that the churches expect their youth to continue the legacy of their predecessors.

During the question and answer period the students also asked questions about the Armenian Church and the 100th Anniversary of the Armenian Genocide.