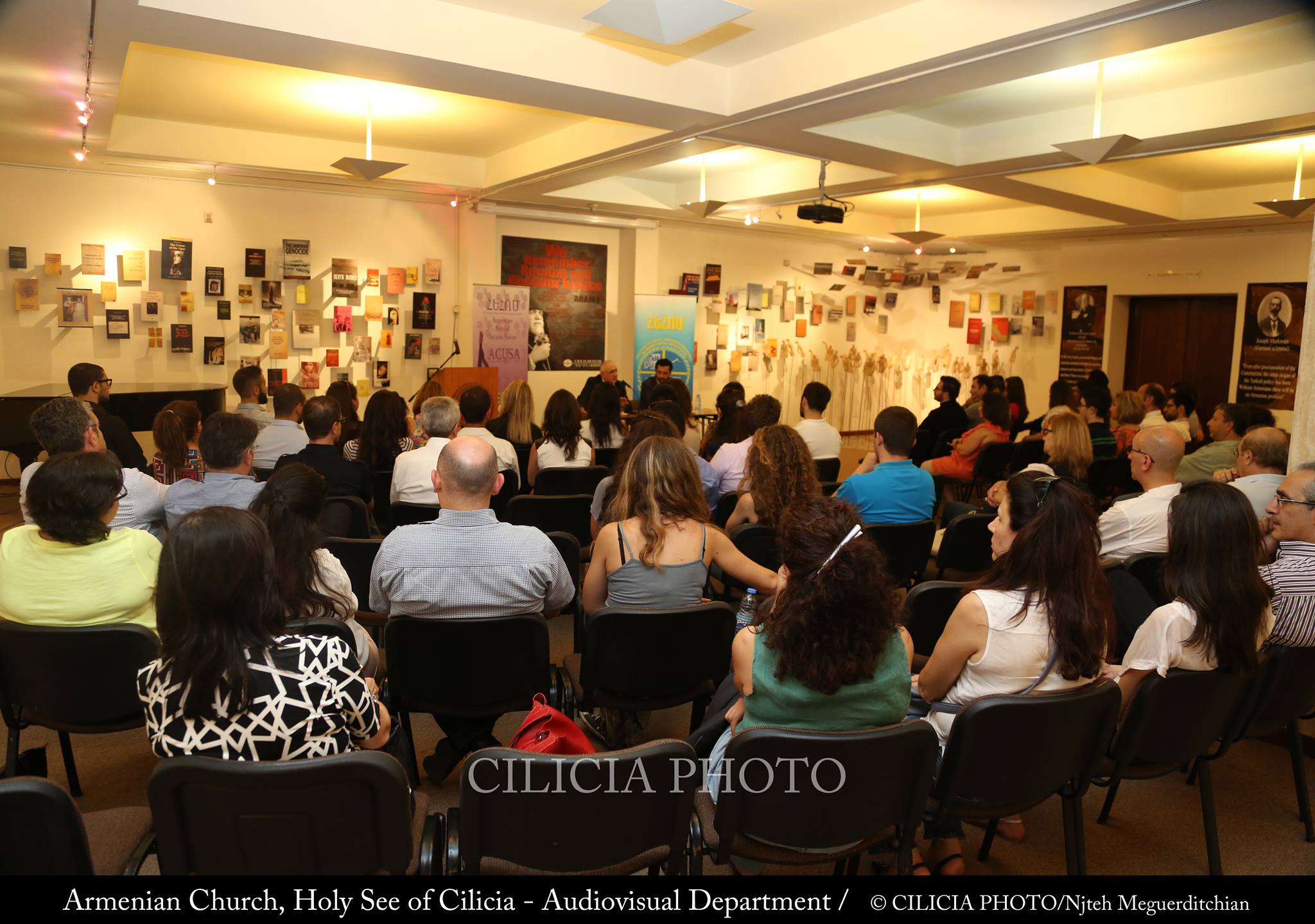 1 July 2015. On Wednesday, Prof Taner Akçam met with the members of ACUSA at the Cilicia Museum Hall. The gathering was jointly organized by the Department of Communication of the Catholicosate of Cilicia, and ACUSA as part of the events dedicated to the theme “ The Armenian Genocide from Recognition to Restitution.” Ms Patel Hagopian welcomed Dr. Akçam and described him as a courageous historian who began advocating for the rights of minorities in Turkey as a youth, was jailed for ten years and then sought political asylum in Germany. She noted that later, as a researcher, Prof. Akçam wrote extensively on violence and persecution in the period between the fall of the Ottoman Empire and the beginning of the Turkish Republic. Ms Hagopian also informed the audience that Dr. Akçam is a member of the Team of Experts working on the lawsuit of the Catholicosate of Cilicia filed with the Constitutional Court of Turkey demanding the return of its See in Sis.

Dr. Akçam said that for decades Armenians focussed their demand on the recognition of the Genocide. Only recently have Armenian organizations started to focus on the restitution of abandoned properties. The current lawsuit filed with the Constitutional Court opens a new challenge for Turkey because it takes the recognition discourse to another level.

In response to the question “why should Armenians not apply directly to international courts,” Akçam explained that international courts receive cases only after the exhaustion of local procedures. He then explained that from 1950 to 60, Armenians travelling to Turkey were required to sign a paper promising that once on Turkish land, they would not demand the return of their properties even if they held the titles of ownership. He explained that Turkey is worried because the return of abandoned properties would have strong legal and political consequences.