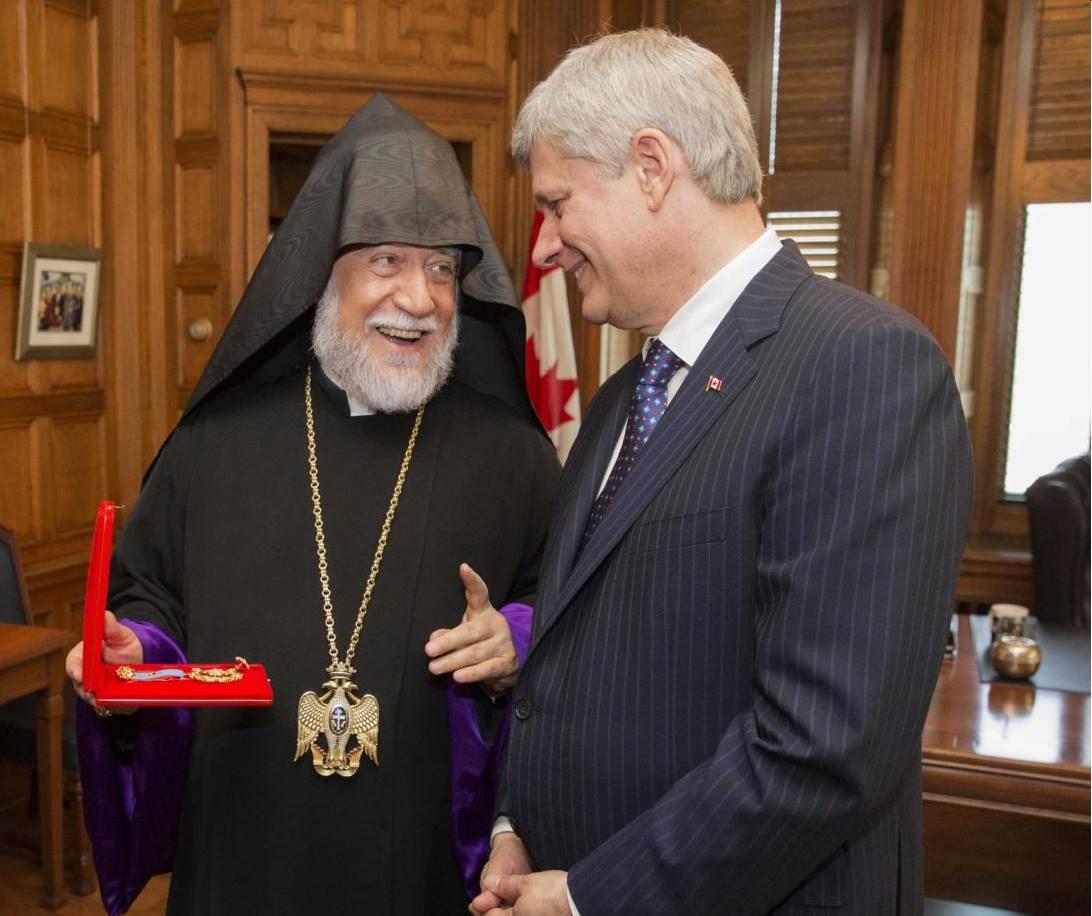 His Holiness Aram I met with the Right Honourable Mr. Stephen Harper, Prime Minister of Canada, on 03 June 2015, in Ottawa-Canada.