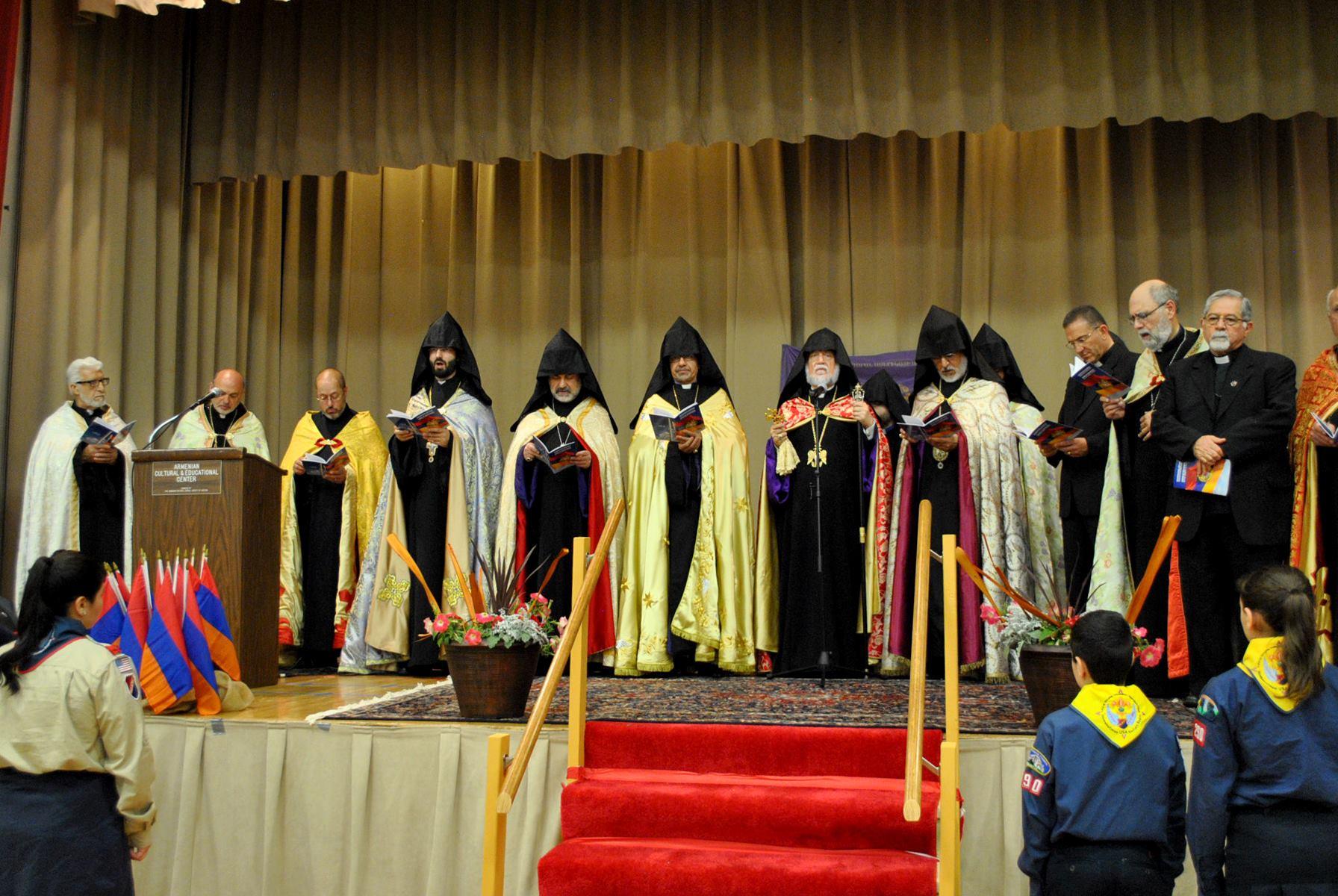 28 May 2015. On Thursday at the Armenian Centre in Boston, Catholicos Aram I presided over a gathering to remember the first Republic of Armenia (1918-1922) since the fall of the Kingdom of Cilicia. The prelates of the Eastern and Western Prelacies of the United States of America and the Prelacy of Canada, members of the delegation and the clergy serving the region accompanied the Catholicos. The heads of the Armenian Catholic and Protestant Churches and former ambassador of the USA to Armenia John Marshall Evans were among the guests.

Also attending were a large number of Armenians who reside in the Boston region. After honouring the short-lived republic and its flag, the organizers presented a cultural programme and a speech by Dr. Antranik Kasparian. Dr Kasparian spoke of the persons who created the First Republic, describing them as people of deep faith, moral integrity and strong willpower.

Before inviting His Holiness Aram I to give his message, Archbishop Oshagan Choloyan spoke of the hope that the First Republic gave to the generations of Armenians who subsequently lived under Soviet rule. The Catholicos said that the spirit of 28 May stayed with Armenians whether in Erevan or the diaspora, shaping their demand for justice and sustaining their vision of a united people.” He concluded, “As a result of the Genocide we lost one-and-a-half million of our people, as well as churches, schools and our lands. The return of our lands and the formation of a united homeland remains at the heart of our cause.” After a standing ovation, Catholicos Aram I blessed the audience and everyone sang the ‘Cilicia’ anthem