His Holiness Aram I Catholicos of Cilicia honors John Marshall Evans, Ambassador of the United States to Armenia (2004-2006) with the insignia ‘Knight of Cilicia’ 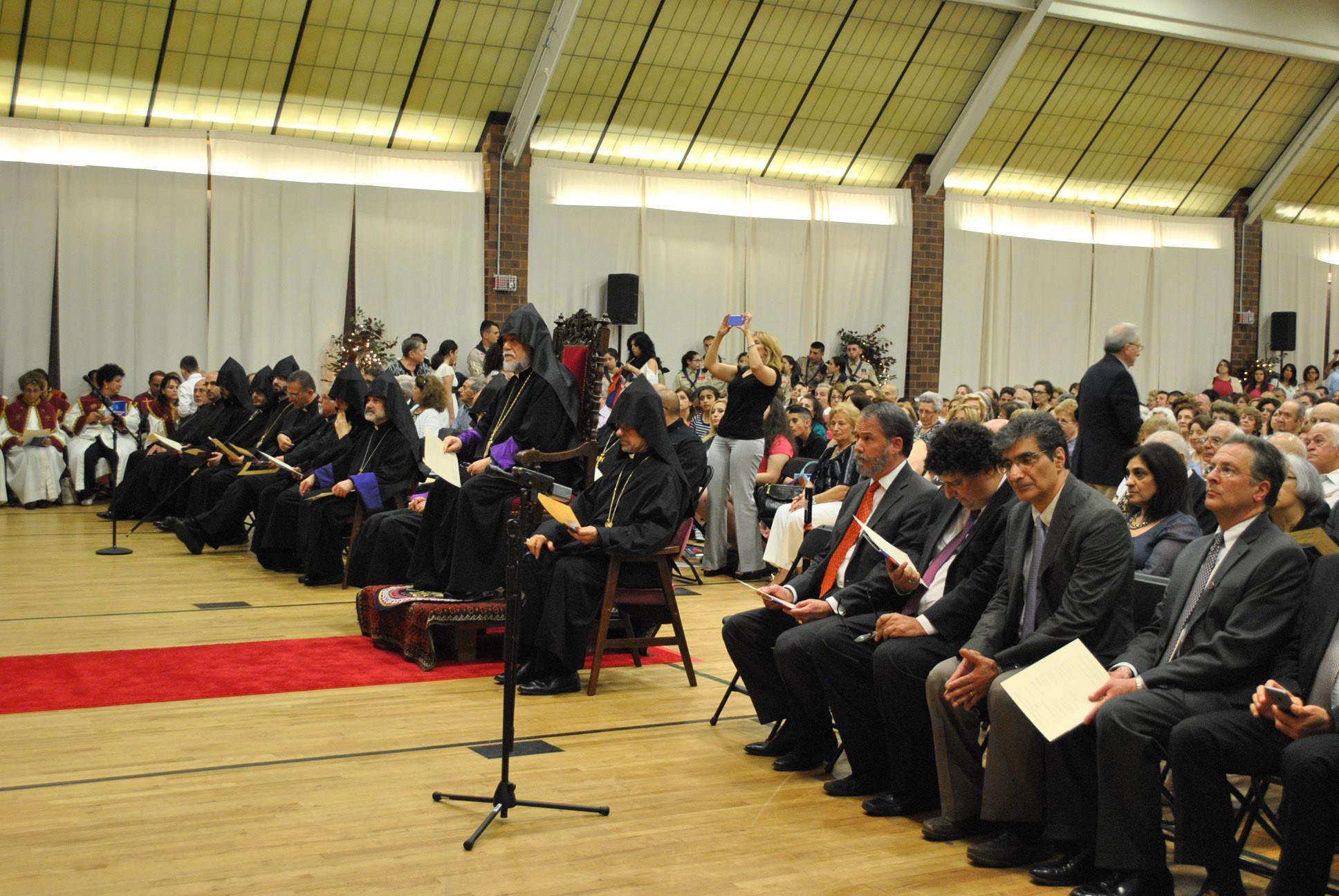 In response to a request from the Armenian National Committee of the USA (Hay Tad), during the commemoration of the First Republic of Armenia, Catholicos Aram I honoured Mr. John Marshall Evans with the insignia ‘Knight of Cilicia’ for his courageous defence of human rights and support for the recognition of the Armenian Genocide that cost him his career as a diplomat

Middlesex County Sheriff, Peter Koutoujian, introduced Evans, describing him as a latter-day Henry Morganthau, who, while he was the ambassador to Armenia during the Genocide, worked hard to bring justice to the Armenian victims.

After Mr Evans thanked the Catholicos, His Holiness said, “Mr. Ambassador, you had the courage to speak the truth publicly. No voice in this world can silence the truth; although countries and their political interests try to destroy it, they will fail. You lost your diplomatic career, but you earned the respect of all Armenians and became the ‘Ambassador of Truth’.