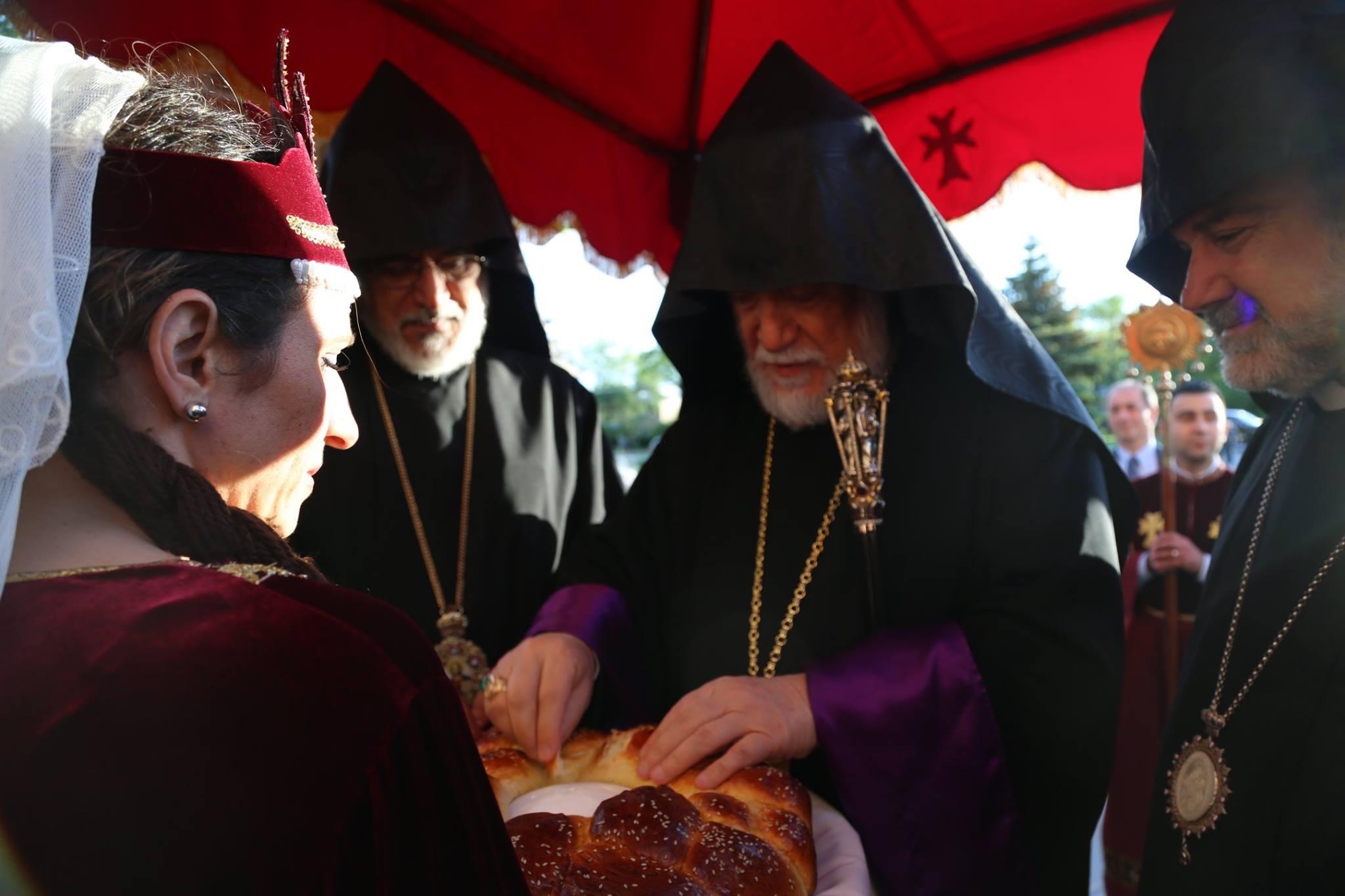 26 May 2015. On Tuesday evening, His Holiness Aram I and his delegation arrived at the All Saints Church in Chicago, where Rev. Sahakian, the parish priest, members of the church council, the scouts and the faithful greeted him. After the blessing of the salt and the bread, the Catholicos and his delegation entered the church for a canonical prayer service. Following the service, the Prelate, Archbishop Oshagan Choloyan, welcomed His Holiness, described the achievements of the young community established forty years ago in Chicago and invited Aram I to transmit his pastoral message.

The Catholicos first congratulated the congregation for their achievements and then transmitted his message based on the biblical theme of the good shephard, "I am the good shepherd. I know my own and my own know me. Just as the Father knows me and I know the Father" (John 10:14-15). Elaborating on theme, he said that throughout history, the Armenian Church as the good shepherd has understood the vocation of its clergy as service to the people. Expressing his joy at the presence of a large number of people at the church, the Catholicos invited them to remain rooted in the church, “the guardian of spiritual and cultural values.” His Holiness concluded his message by telling the people that the legacy of the 100th anniversary of the Armenian Genocide is our recommitment to seeking justice for Armenians worldwide.

At the end of the message, Catholicos Aram I received the greetings of the people and blessed them. The ceremony ended with an agape meal, a cultural programme prepared by the students of the Armenian Day School, and the Cilicia anthem.

The next morning His Holiness held a breakfast meeting with the members of the church committees, where they discussed issues concerning the parishes, and the litigation that the Catholicosate of Cilicia recently filed with the Constitutional Court of Turkey regarding its Centre in Sis.