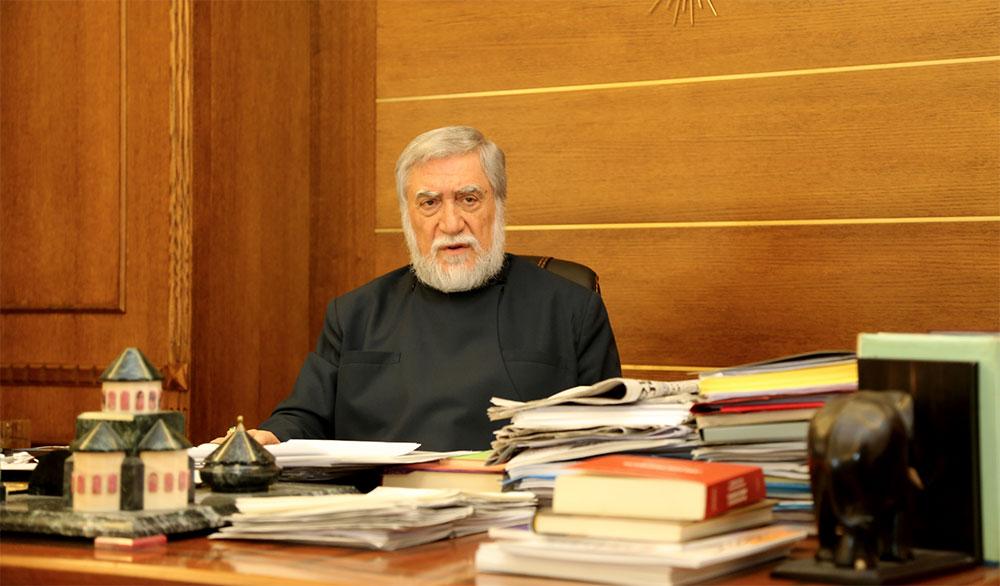 During a recent interview, His Holiness Aram I explained the reasons for the lawsuit filed on 28 April 2015 before the Turkish Constitutional Court demanding the return of the Centre of the Catholicosate in Sis (Kozan).

He recounted how the Catholicosate of Cilicia, which had moved to Sis in 1295 in order to accompany the people escaping the Seljuk atrocities in Armenia, settled on the land, where they were to stay for over six centuries. Then, in 1921, the Ottoman Authorities ordered the Catholicos to hand over the keys and go into exile immediately. After many years wandering in the region, the Catholicosate settled in Antelias in 1930.

His Holiness Aram I then added that the Genocide and deportation had disconnected the Church from its spiritual centre in Sis, and that the time has come for the Church to reconnect with it. After consultation with experts, His Holiness said, he decided to reclaim ownership.

Following a conference in 2012, Catholicos Aram I invited a team of international and Turkish lawyers, historians and human rights experts to help him prepare the litigation. When asked about his expectations from the court, His Holiness said that he expected that the Constitutional Court would respond positively and return the property to its legal owner. Otherwise, he said, the lawyers of the Catholicosate would take the case to the European Court of Human Rights.

(*for the full text of the interview in Armenian go to: www.armenianorthodoxchurch.org)