His Holiness Aram I leaves for the Vatican 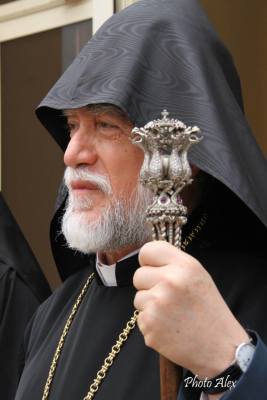 10 April 2015. His Holiness Aram I and his delegation left for Rome in response to the invitation of His Holiness Pope Francis I. On Sunday, 12 April, Pope Francis will commemorate the 100th anniversary of the Armenian Genocide in a special Mass at St. Peter’s Basilica in Rome.

After the Mass, Catholicos Aram I and his delegation will attend other commemorative events organized for the occasion in Rome.