The Resurrection of Jesus signifies the triumph of light over darkness 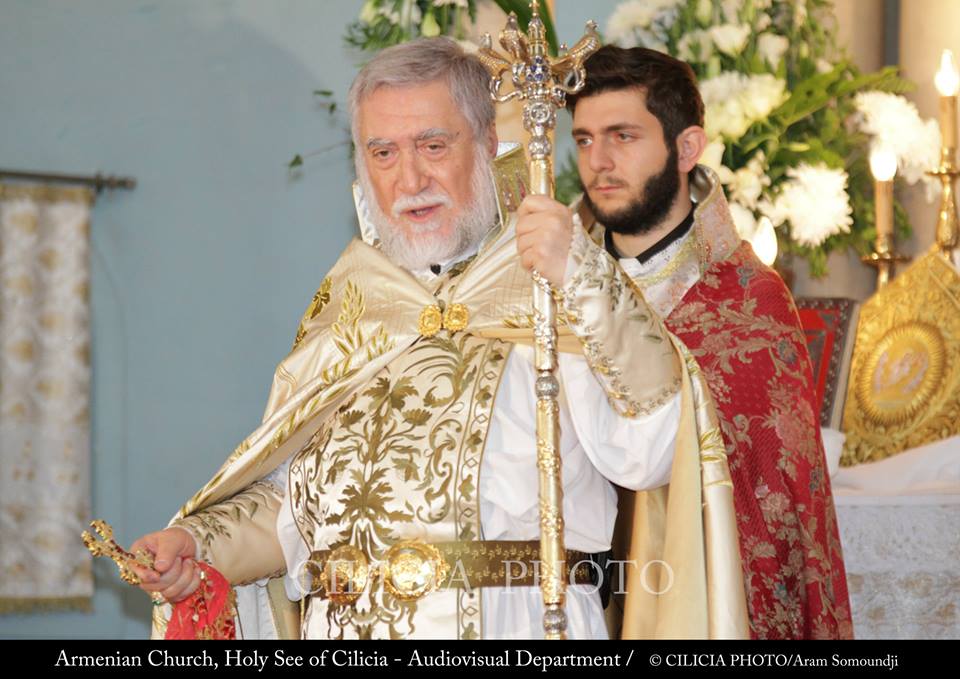 5 April 2015. In his Easter sermon, His Holiness Aram I spoke of the Resurrection of Jesus as the triumph of the Truth, the promise of eternal life and the victory of light over darkness. He told the large number of faithful gathered at St. Gregory the Illuminator Cathedral for Easter Liturgy that those who crucified Jesus were mistaken to think that through his death they would destroy the Truth. People who continue to be strengthened by the message of Christ’s Resurrection will always triumph over life’s temporal truths, dark thoughts and destructive ways.

Addressing the faithful, the Catholicos said “Throughout our history we have survived persecutions by remaining steadfast to the message of the Resurrected Christ. One hundred years ago, dark plans were put into action to destroy us. Today, however, we celebrate not only the Resurrection of Jesus but also the resurrection of our people, who have survived and thrived throughout the world.

His Holiness Aram I then addressed the situation in the Middle East and in Lebanon. Speaking of the Middle East he called upon the leaders of Muslim countries to safeguard the centuries-old values of mutual respect and understanding; he implored them to work against the destructive fundamentalist thoughts and acts prevalent in the region today. Challenging the elected representatives of the Lebanese parliament he asked them to assume their responsibility and elect a President of the Republic without yielding to outside pressure.