“Lent is an invitation to accountability” Aram I Catholicos 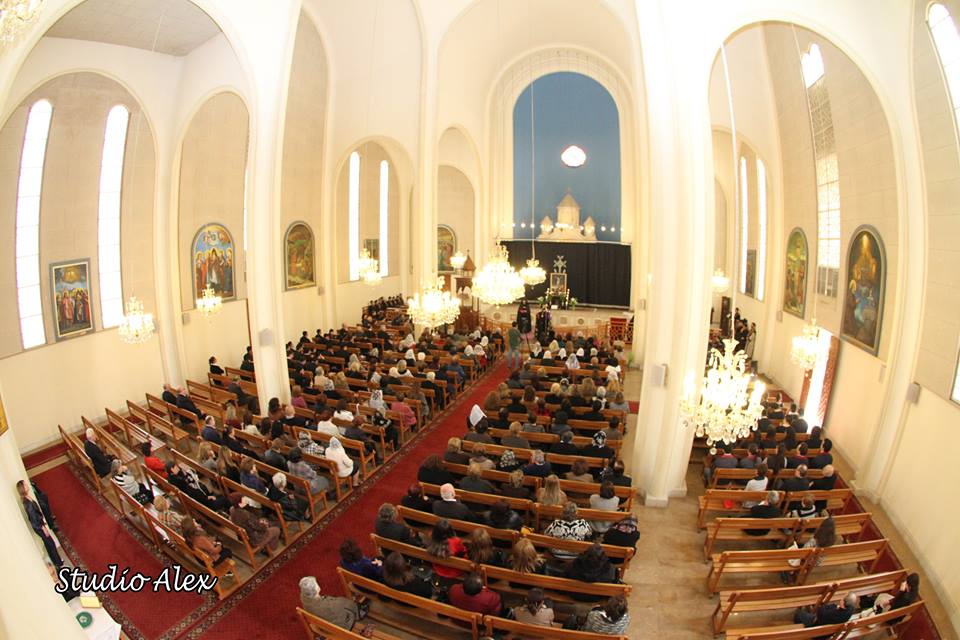 9 March 2015. As every year, His Holiness Aram I presided over the Arevakal (mid-Lent sunrise service) at St. Nishan Cathedral of the Diocese of Lebanon, the seminary choir performing the service.

In his message, the Catholicos reminded the faithful that Lent is a spiritual journey of self-examination. Each Sunday of Lent is named after a miracle of Jesus or a biblical story that sets the principles of the journey. He then emphasized three points:

First, although the Father-Son reciprocal relationship, which is expressed in the Parable of the Prodigal Son, is unique to Christianity, the relationship also extends to all of humanity as God’s adopted children.

Second, God called God gave humanity a special mission to safeguard the integrity of His creation. Humanity often forgets this God-given noble mission and exploits and destroys the environment for misguided purposes. He also said that Lent reminds us of this responsibility and obligation and calls us to hold fast to this priority.

Third, accountability is inseparable from responsibility. The Parable of the Talents focuses on accountability as an essential part of Christian ethics. Lent reminds us to assume this God-given duty towards ourselves, our church and our families.

Anniversary Commemorations of the Armenian Genocide; he said, “In response to the legacy of our victims, the survivors organized our communities and demanded justice with deepened Christian faith, hope and a strong sense of responsibility and accountability. The Mid-Lent and the current anniversary is an invitation to our people to renew their Christian faith, pursue, responsibly and with accountability, the aspirations of our nation and its demand for justice.”

The Catholicos then joined the Prelate, members of the Diocesan Council, committees, the faithful and the seminarians for a community breakfast.